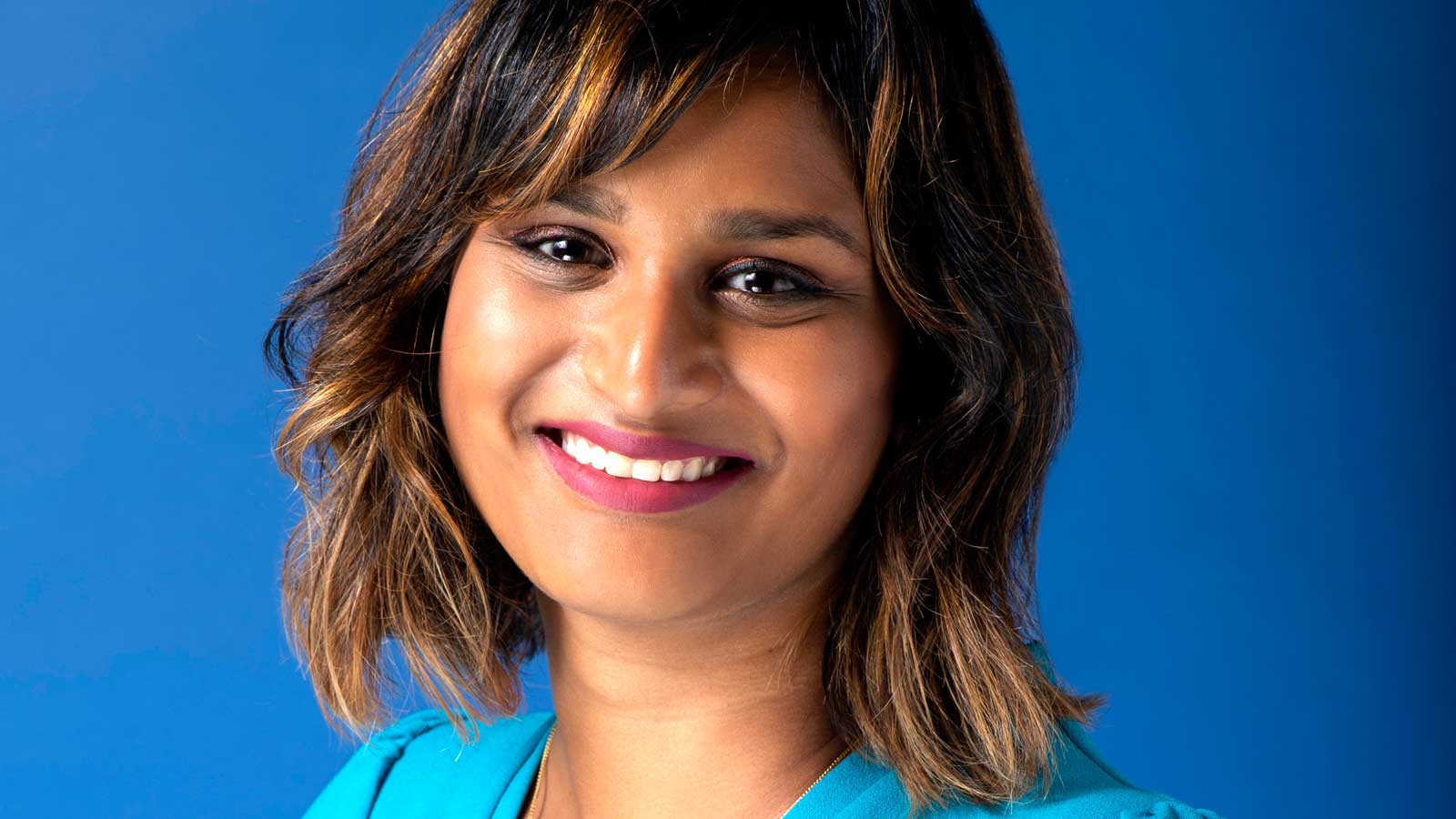 Among the first initiatives undertaken by Joanna Nathan when she became president of the Rice Engineering Alumni (REA) board of directors last summer was to turn all the talk about diversity, equity and inclusion into action.

With fellow board members Jim Pyke ‘97, P. V. “Suri” Suryanarayana ’91 and others, she helped formalize an internship program for disadvantaged engineering students. Last summer, the REA provided matching funds for the students to work at Suryanarayana’s company, Blade Energy.

“We’re negotiating with other companies members and we’re close to setting up more internships. This is an example of how the REA is contributing to Rice University and its students. We’re interested in taking actual steps, not just talking about it,” said Nathan, who has earned three degrees from Rice: a B.S. and M.S. in bioengineering (BIOE) in 2011 and 2012, respectively, and an MBA in 2019.

“I’ve been lucky,” she said. “I’ve made wonderful friends at Rice and got an excellent education. Now it’s time to give back.”

Nathan was born in Abu Dhabi to Indian parents. Her father earned a Ph.D. in civil engineering from Rice in 1987, and has held engineering and academic posts in the U.S. and the United Arab Emirates. In 2014 he co-founded Edu Alliance Limited, a higher education consulting firm in Abu Dhabi, where he is now managing director.

Nathan first visited Houston and Rice in the summer preceding her senior year in high school. “I just completely fell in love,” she said.  As a girl, she considered studying archeology, she said, “But that changed when I realized how important patient impact is. I got interested in making things that help people, even saving lives.”

At Rice, Nathan worked closely with Amina Qutub, formerly an assistant professor of BIOE at Rice, now an associate professor of BIOE at the University of Texas at San Antonio. “Working in her lab was an incredible experience,” she said. “Together we wrote a chapter for a textbook.”

As a graduate student, Nathan worked at the Texas Heart Institute, where she designed clinical and pre-clinical studies for 15 medical-device research projects. Her mentor there was Dr. Mehdi Razavi, who specializes in cardiac electrophysiology. From 2013 to 2017 she worked in product development at Saranas, a cardiology device startup in Houston. While earning her MBA she served as a fellow at the Mercury Fund, an early-stage venture-capital company for tech innovation.

Since 2018, Nathan has worked as manager for new ventures at the Johnson & Johnson Center for Device Innovation in the Texas Medical Center. “I’ve built a portfolio of seven resident startups,” she said, “and have helped start spin-out companies.”

This fall at Rice she taught a class as a lecturer in management: MGMP 626, “Financing the Startup Venture.”

Nathan continues to serve as a board member with Eventure, the entrepreneurship education non-profit she started in 2012. In her professional life, Nathan is the embodiment of what ambition and intelligence coupled with a good education can do, though even so blessed a person is not immune to loss. On April 21 her four-year-old son Lionel died suddenly as the result of an undiagnosed health problem. In an August blog post devoted to the death of her son, Nathan writes:

“If you’re wondering how I’m doing, I would love it if you reached out or checked in. Even a simple text full of heart emojis lifts my spirits on a tough day. I would also love to talk to you about Lionel. Sometimes, I feel like I’m not allowed to talk about him, because it might make others uncomfortable. I crave hearing his name from someone else so I have ‘permission’ to talk about him.”