Suryanarayana repays his debts to Rice

Inspired by Yildiz Bayazitoglu, the mechanical engineering PhD alumnus recently became a member of the Rice Engineering Alumni board of directors. 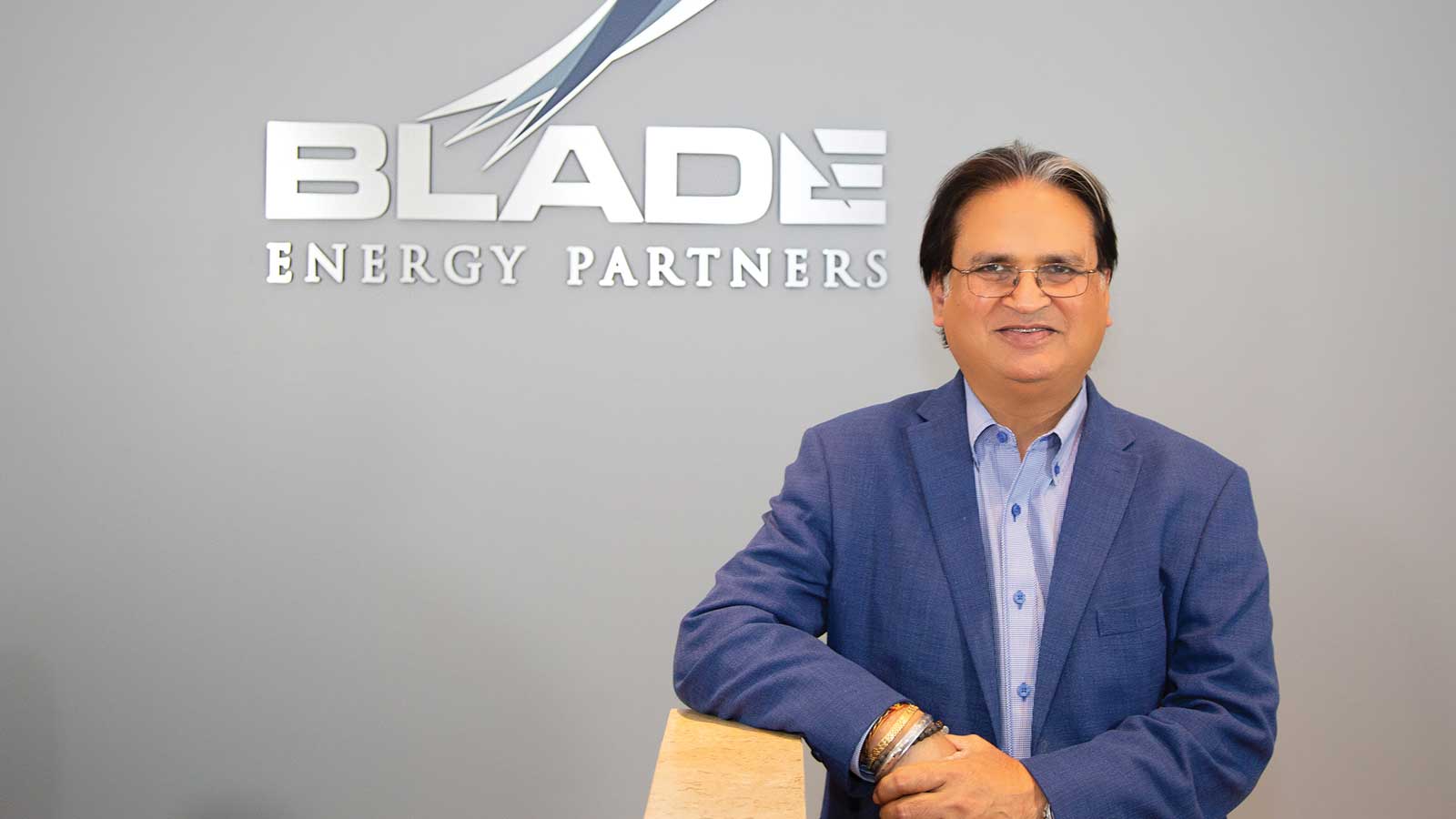 This story originally appeared in the 2021 issue of Rice Engineering Magazine.

From Yildiz Bayazitoglu, who has taught mechanical engineering (MECH) at Rice since 1977, P. V. “Suri” Suryanarayana learned the traditional academic discipline of heat transfer and something perhaps even more important.

“Fearlessness,” said Suryanarayana, who earned his Ph.D. in MECH in 1991. “Dr. B always stressed the importance of learning how to solve problems systematically, not to get discouraged, not to be afraid. You must strive.”

The lesson was learned and not forgotten. After almost 10 years at Mobil, Suryanarayana and colleagues started their own engineering consulting firm in 2000, Blade Energy Partners, which today has 75 employees and annual revenues of more than $30 million.

Blade was spawned by the merger in 1999 of Exxon and Mobil, forming ExxonMobil, which became the largest oil company and the third-largest company of any sort in the world. “Starting Blade Energy took some fearlessness and some very good luck,” said Suryanarayana, who recently became a member of the Rice Engineering Alumni (REA) board of directors; in part, to repay the debt he owes Rice and Bayazitoglu.

Suryanarayana was born in Hyderabad, the fourth-largest city in India, and grew up in small towns in South India. His mother, a maths-graduate turned homemaker, raised him and his three sisters, instilling in them what he calls “a deep sense of generosity and compassion.” His father was a doctor. “My father expected me to follow in his footsteps and become a doctor. That was not for me – the blood and the pain,” he said.

Like many future engineers, Suryanarayana had an enduring obsession with figuring out how things work, and with building (and breaking) things. As a boy, he borrowed and read an encyclopedia titled How It Works. In middle school, he built a magnetic crane and placed third in an engineering competition. In high school he built a working model of an automatic railroad gate.

Always attracted to what he calls “classical engineering,” Suryanarayana briefly considered civil and electrical engineering before settling on MECH. He earned a MECH degree from Karnataka Regional Engineering College in India in 1985, and applied to universities in the United States for graduate studies.

“Back then, we knew very little about these American schools. They all looked great in the pictures,” said Suryanarayana, who went on to earn his M.S. in MECH from Mississippi State University in 1986. “I had read John Steinbeck but not William Faulkner. I knew about the civil rights movement, but being in the American South was still a culture shock.”

For his Ph.D., Suryanarayana applied to five graduate schools in the U.S. and was accepted by three. When he visited Rice, he knew no one but soon met Bayazitoglu. “She was so nice to me. She showed me the campus and even took me to lunch at the faculty club. I felt welcomed. I had a very warm reception,” he said. “This was an important reason for my choice of Rice.”

“Fluid flow. Heat transfer. Micro gravity. Levitating liquid metals, with funding from the Jet Propulsion Laboratory. It was all a wonderful experience, like I had suddenly grown from a boy to a man,” he said. Bayazitoglu became his doctoral adviser.

Fresh out of graduate school, Suryanarayana was hired as a senior engineer by Mobil Research and Development Corp. “I worked in R&D in the Dallas laboratory. Money was no object. Management was very supportive. We had freedom and we did much interesting work,” he said.

In 1998 he was seconded to Mobil North Sea Ltd. as  a drilling engineering adviser, and posted to Aberdeen, Scotland. That was when the Exxon/Mobil merger took place and Suryanarayana and Mobil colleagues started Blade Energy, with its headquarters in Frisco in greater Dallas.

“We had to come up with a name for the company. A blade is sharp. You know, cutting edge,” he said.

He acknowledges that 2020 was a difficult year for business, thanks to COVID-19 and the ensuing economic downturn. “But we are proud that we laid off no one. Our first loyalty is to our people. It is a collegial atmosphere,” Suryanarayana said,

His wife, Rekha, has an M.S. in electrical engineering from the University of Texas at Dallas, and worked in the semiconductor industry for six years. When their son Siddhartha was diagnosed with autism at age three in 2001, she left her job to care for him. In 2007,  she co-founded It’s a Sensory World!, a center for children with special needs, including those with autism. Their mission is to include them in the community, using a sensory-based approach.

“Siddhartha is doing well. He has learned to drive and is learning to be more independent. This is all thanks to the hard work of my wife and the many teachers and therapists who saw his potential and encouraged him and us,” Suryanarayana said.

Several years ago, Suryanarayana decided it was “time to give back to Rice.” When H.T. Than ’87, a MECH graduate formerly advised by Bayazitoglu and president of the REA in 2019-20, recruited him for the REA board, he agreed and joined the board a year later.

With Than’s encouragement, Suryanarayana joined a task force led by Jim Pyke ’97,  focused on diversity and inclusion in engineering, and established two internships for disadvantaged students at Blade Energy. “They are doing real work, actual engineering problem solving and research, not just making coffee,” he said.

“It has been a great journey. I have been fortunate all my life,” he said. “My experience at Rice is one example. Without Dr. B’s graciousness, I don’t know where my life would have gone. My debt to Rice and to society is enormous.”