Newly transformed building, formerly known as the Mechanical Laboratory, now home to the Department of Statistics. 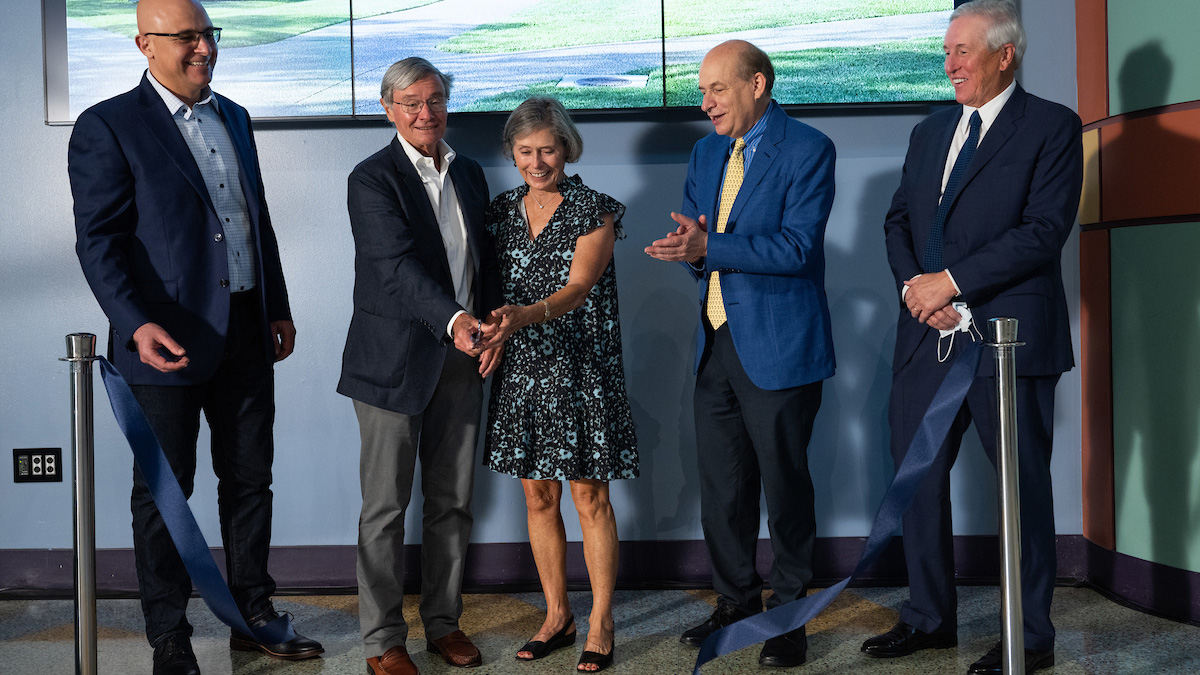 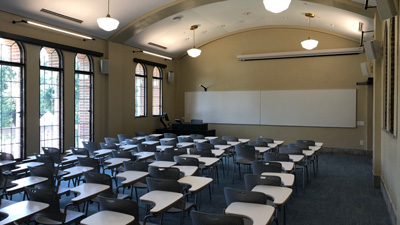 The transformation of the Mechanical Laboratory, one of the first buildings constructed on the Rice campus, into Maxfield Hall is complete. The building is the new home for the Department of Statistics, formerly housed in Duncan Hall.

“By designating a primary building in the engineering quad as home to our Department of Statistics, we are sending a strong message to the community that, not only does Statistics belong in the School of Engineering, but it is central to the mission of our school,” said William and Stephanie Sick Dean of Engineering Luay Nakhleh.

The ribbon-cutting ceremony took place on Sept. 13 to dedicate the new building. Due to Tropical Storm Nicholas, the event was hosted in Martel Hall in Duncan Hall.

“The project is substantially complete. The statistics faculty and staff have moved in,” said Tina Hicks, senior project manager with the Rice Facilities, Engineering and Planning Department. 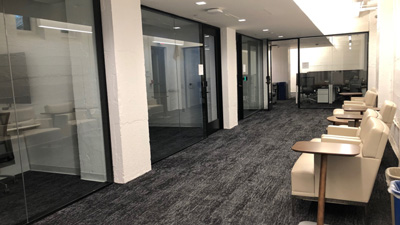 Floor space in the renovated building has increased slightly to 21,751 square feet. The interior has been reconfigured to include two new registrar classrooms, faculty and staff offices, a medium-sized conference room and huddle rooms. Two elevators with access to the basement and first and second floors have been added.

The Mech Lab, built in 1912, previously housed offices for the civil and environmental engineering and mechanical engineering departments, and the Chao Center for Asian Studies.

“With the demolition of Abercrombie, we were able to relocate people from there to the parts of Duncan Hall that used to be occupied by the statistics department. The timing was good,” said Bobby Nguyen, manager of facilities and buildings.

The building’s exterior remains largely unchanged except for the addition of two new stair enclosures on the north side and a new accessible entrance on the south side. 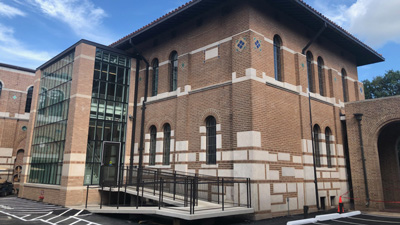 All historic windows have been refurbished, all offices now have windows, and lighting throughout the building has been updated with LEDs. The building’s HVAC and electrical systems have been modernized and the building is now fully equipped with sprinklers for fire protection.

In the large classroom on the second floor, the dropped ceiling has been removed and the original vaulted ceiling restored. The basement, formerly unused except for storage, has been fully renovated with three huddle rooms.

Robert and Katherine Maxfield and the Maxfield Foundation committed $5 million to the renovation. Robert Maxfield earned his B.A. and B.S. in electrical engineering from Rice in 1963 and 1964, respectively. He and three other Rice graduates — Gene Richeson ’62, Ken Oshman ’62 and Walter Loewenstern ’59 — co-founded ROLM Corp.

The building has been listed on the National Register of Historic Places, permitting Rice to receive a tax credit for the structure’s rehabilitation.