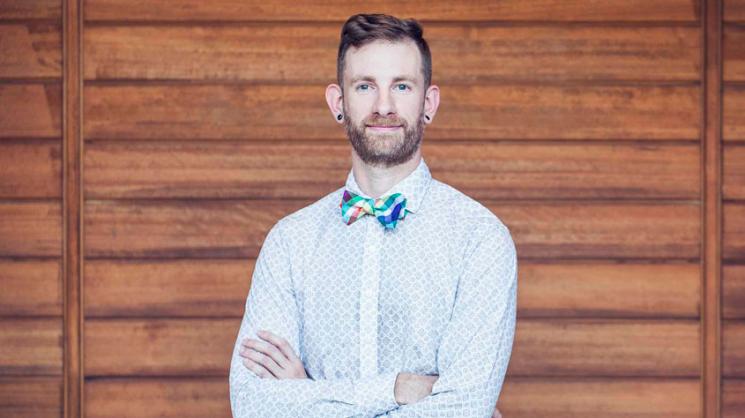 Hadley A. Wickham, an adjunct professor of statistics at Rice University, has won the 2019 COPSS (Committee of Presidents of Statistical Societies) Presidents' Award, known informally as the “Nobel Prize of Statistics.”

The annual prize, which was announced on July 31, recognizes contributions to the statistics profession made by statisticians younger than 40. Since it began in 1981, the award has largely recognized theoretical contributions. This year, for the first time, it was given for practical applications.

Wickham, 39, who was an assistant professor of STAT at Rice from 2008 to 2012, is also an adjunct professor at Stanford University and the University of Auckland in his native New Zealand. Wickham is a data scientist who creates open-source statistical analysis software packages for the freely available R programming language. R is widely used over many disciplines for data analysis, statistical computing and visualization.

He created such R packages as ggplot2, plyr, dplyr, and reshape2, and now is the chief scientist at RStudio. R was created at the University of Auckland by Ross Ihaka and Robert Gentleman and RStudio is a company that develops computing environments to be used with it.

COPSS recognized Wickham for his “influential work in statistical computing, visualization, graphics, and data analysis,” and for “making statistical thinking and computing accessible to a large audience.”

In 2015, Wickham was named a Fellow of the American Statistical Association. COPSS consists of the presidents, past presidents and presidents-elect of primarily Northern American professional societies of statisticians.