Thanks to Rice Engineering, Bill Smoot '83 likes to get his hands dirty 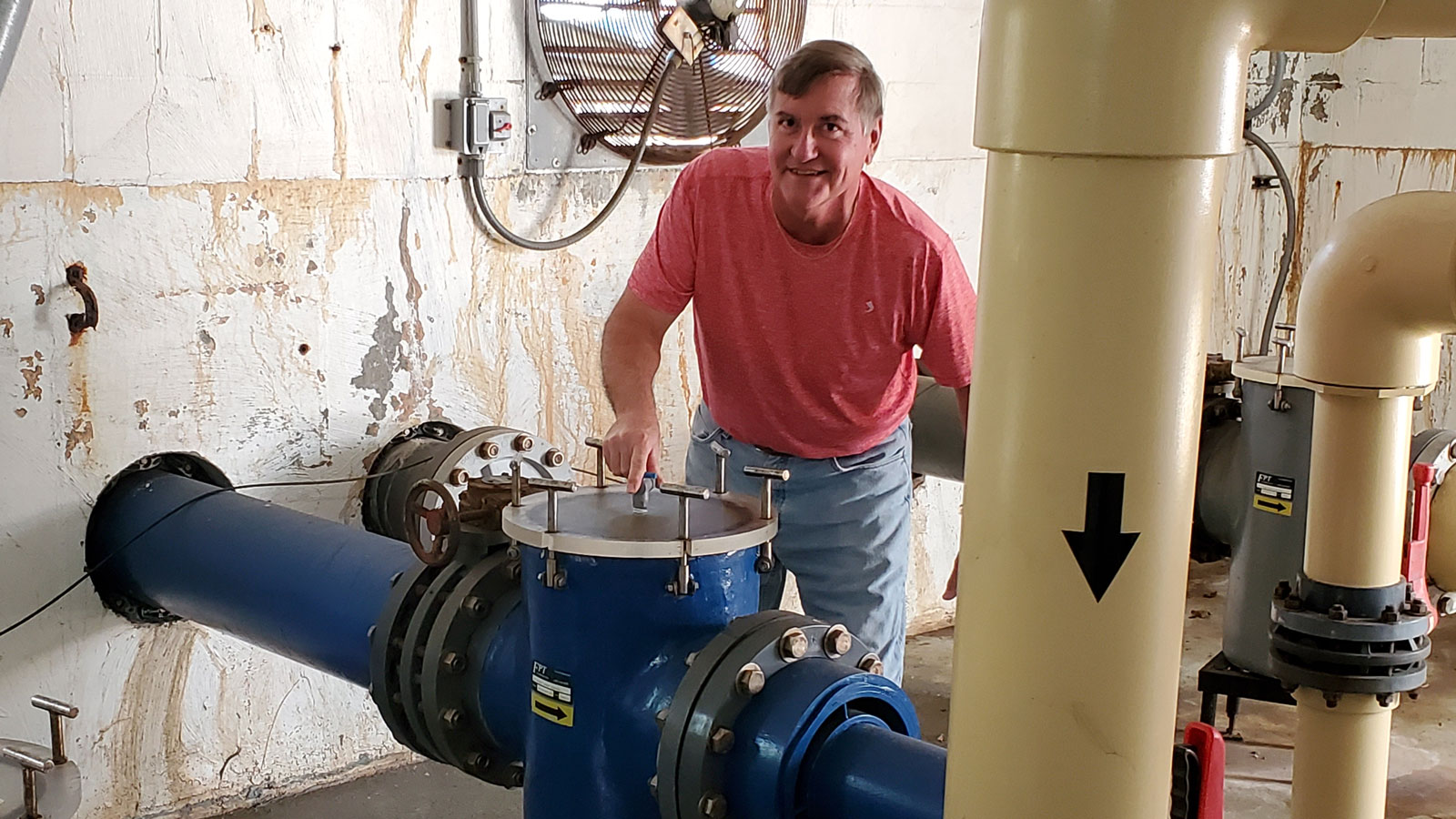 The lasting Rice University legacy Bill Smoot sees in his professional life, almost 40 years after graduation, is a preference for getting his hands dirty.

“I like to go out and do the hands-on work. The administrative stuff is part of the job and it has to be done, but I prefer to be at the worksite, literally getting my hands dirty. That started at Rice when I was a research intern,” said Smoot, who earned his B.S. in mechanical engineering in 1983.

Today, Smoot is principal and co-owner of WET Engineering in Jacksonville, Fla. The business deals in two broad lines of work: waterparks/aquatics and water/wastewater treatment. The company’s name comes from the middle initials of its three principals.

“As a kid, I loved building stuff. I built models and for Christmas I always got things like erector sets. By the time I was in high school, I knew I wanted to be an engineer, probably mechanical,” Smoot said.

He was born in Owings Mills, Md., 20 miles northwest of Baltimore. His father, Robert Smoot, earned a degree in chemical engineering from Penn State and taught chemistry at McDonogh School, a private prep school founded in 1873 in Owings Mills. He was author of Chemistry: A Modern Course, a widely used high-school textbook published in 1965.

At Rice, Smoot worked closely with John Merwin, a professor of civil engineering who earned three degrees from Rice and taught there for almost 50 years. As an undergraduate research assistant, Smoot worked on oilfield conductor pipes, among other projects.

After graduation, he was hired as a project engineer by Brown & Root, the international engineering company founded in Texas in 1919 by Herman Brown and Daniel Root. Herman Brown’s younger brother, George R. Brown, joined the company in 1922 and later became a Rice benefactor. The company’s lineal corporate descendent is KBR.

“I did offshore piping in the process design department,” he said. “By the late 80’s, the oil industry was in a slump and after four years we moved to Jacksonville.”

There he made the transition from oil to water and was hired by Flood Engineers, Architects and Planners, the first of five companies in Jacksonville where he has worked in water-related projects. In 1995, Smoot started his own company, North Beach Engineering, which in 2005 was bought by Dyer, Riddle, Mills and Precourt, where he then went to work. In 2008 he started WET Engineering, and was soon joined by his partners, Jim Le Petrie and Heather Baxter.

“Our business has two parts,” he said. “We design and build waterparks and swimming pools. A recent project was the Big Rivers at Grand Texas Waterpark in New Caney, northeast of Houston. It has a 20,000-square-foot wave pool and a 1,500-foot lazy river.”

The other half of the business is devoted to various utility projects, including water and wastewater treatment plants  for municipalities, industries and the military. “All of our business is water treatment, one way or another,” he said.

Smoot and his partners are licensed in 37 states and have had active projects in 13 of them. “The principals are the three employees of the company. Work is sub-contracted out. If you call, you talk to one of us.”