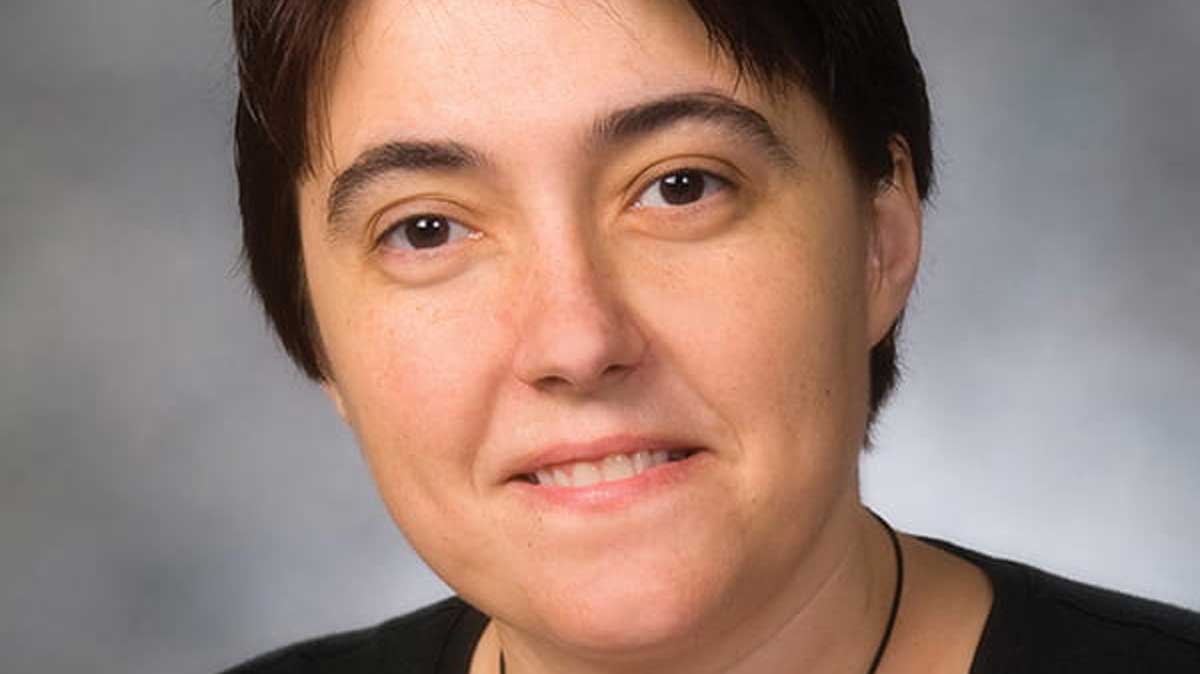 Ilinca Stanciulescu, an associate professor of civil and environmental engineering at Rice, died Sunday after battling cancer. She was 49.

“Ilinca was a bright scholar and a great colleague who was committed to excellence in everything she did,” said George R. Brown Professor of Civil and Environmental Engineering Pedro Alvarez. “She lit up the classroom with her smile and inspired students with her rigor, passion and exemplary ethics.”

Some of Stanciulescu’s long-standing work was with Jane Grande-Allen, the Isabel C. Cameron Professor of Bioengineering. The duo designed bio-inspired materials to replace the tissues found in the body such as heart valves and blood vessels.

Stanciulescu used biomechanical data from Grande-Allen’s experiments to create computational models of, for instance, the biomaterials used in tissue engineering. Grande-Allen tested Stanciulescu’s models in her lab, and the lessons she learned were returned to Stanciulescu, with new data to be integrated into the next generation of models.

“Pedro Alvarez introduced us 10 years ago and Ilinca immediately wanted to apply her experience in modeling structures to biological tissues,” Grande-Allen said. “She could grasp things very quickly and worked with her students to produce papers that described the inventive approaches she came up with.”

Stanciulescu and Grande-Allen published a paper about their experimental work in 2018 in the journal Acta Biomaterialia and were co-investigators on research grants from the Ken Kennedy Institute and the National Science Foundation in 2015 that supported fundamental research on methods for the design of engineered biomaterials. Their work developing the computational models to describe the behavior of bio-inspired materials was described in several publications from Stanciulescu’s group.

Stanley C. Moore Professor in Engineering Jamie Padgett said Stanciulescu gave selflessly to her students as a teacher and research mentor and was generous with her time, genuine in her commitments and thoughtful with her feedback.

“She was a passionate scholar who embraced tough problems in computational mechanics and multiphysics modeling, and a well-respected peer and collaborator,” she said. “Ilinca undoubtedly made a permanent mark on our profession and the many lives that she touched.”

“She was amazingly thoughtful, kind and friendly in all of her interactions,” he said. “She was a passionate teacher and excellent researcher who will be greatly missed.”

Prior to joining Rice, Stanciulescu served as an assistant professor in the civil and environmental engineering department at the University of Illinois at Urbana-Champaign, and as a postdoctoral research associate in the Duke University Computational Mechanics Laboratory.

Stanciulescu was a member of various professional societies and organizations, including the United States Association for Computational Mechanics, the American Society of Mechanical Engineers, the International Association for Computational Mechanics, the Society for Industrial and Applied Mathematics and the American Society of Civil Engineers.

Services for Stanciulescu are pending.

Kimberly Vetter, Office of the Provost