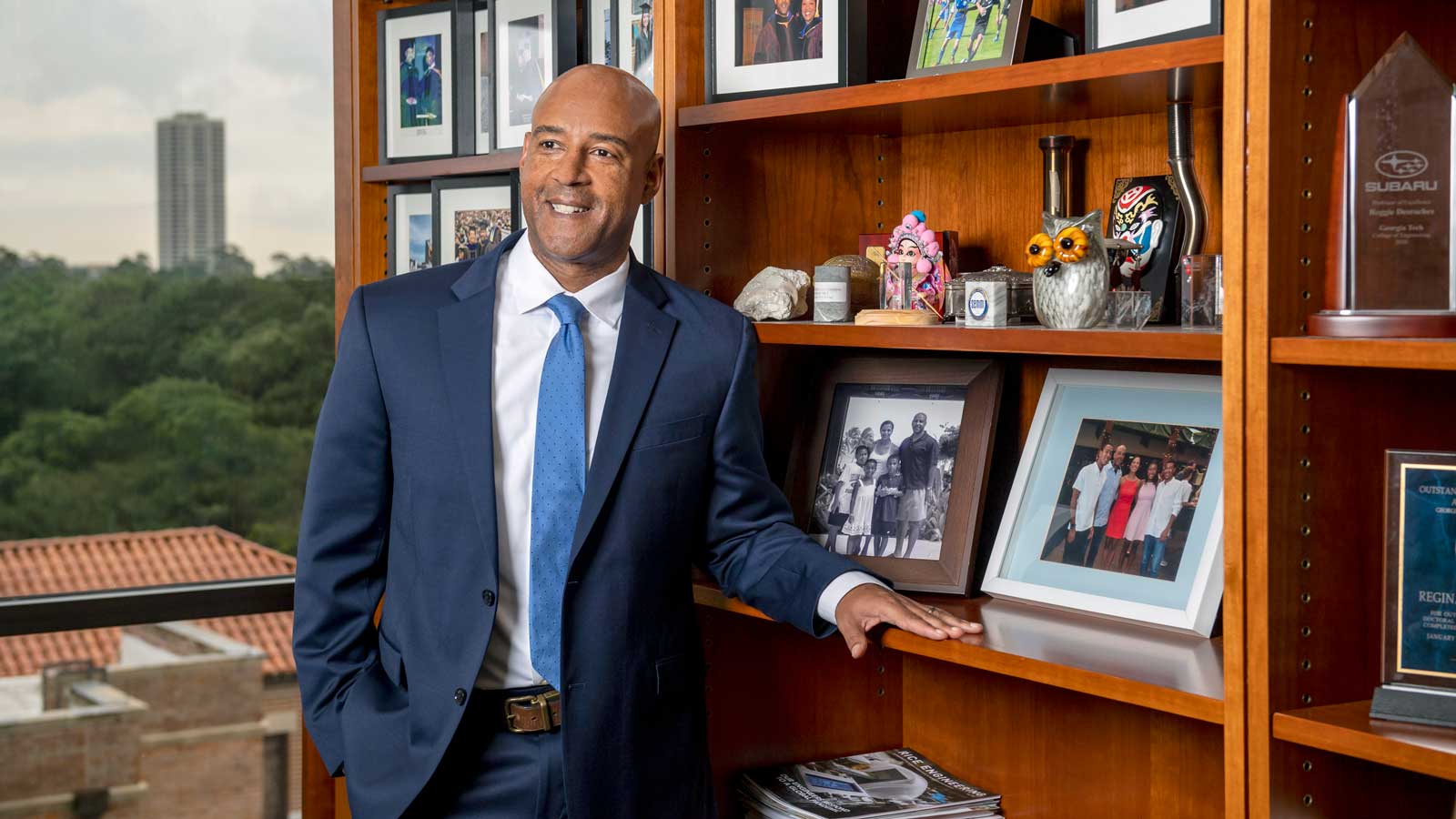 Reginald DesRoches, the Howard R. Hughes Provost and former dean of the George R. Brown School of Engineering, has been named the eighth president of Rice University, effective July 1, 2022.

“As engineering dean, Reggie wanted the school to compete with the best in the country through growth, support and visibility efforts,” said Luay Nakhleh, DesRoches’ successor as the William and Stephanie Sick Dean of Engineering.

“His impact as provost is tangible, as with the new Engineering and Science Building, and in terms of changing the culture, in which everyone is expected to aim for the top. I am certain Reggie’s vision as president will grow our national and international reputation and take Rice to the next level.”

Earlier this year David Leebron, president of Rice since 2004, announced he would resign his position effective June 30, 2022. Rice’s Board of Trustees selected DesRoches and announced his appointment Nov. 11.

“I am deeply honored to be named the next president of Rice University,” DesRoches said. “The past four and a half years at Rice have been among the most rewarding in my professional career and I look forward to building on the tradition of excellence established by President Leebron and those who served before him.”

For the next 19 years he served on the civil and environmental engineering (CEE) faculty at Georgia Tech. He came to Rice in 2017 as dean of engineering and professor of CEE and MECH, and was named provost last year. In 2020, DesRoches was elected to the National Academy of Engineering.

His research has focused on the design of resilient infrastructure systems under extreme loads and the application of smart materials. He served as the chief technical leader of the U.S. response to the 2010 Haiti earthquake, taking a team of 28 engineers, architects, city planners and social scientists to study its impact.

DesRoches has written more than 300 technical publications and advised more than 30 doctoral students.

He is a fellow of the American Society of Civil Engineers (ASCE) and the society’s Structural Engineering Institute. He serves on the National Academies Resilient America Roundtable the Board on Army Science and Technology, and the Global Earthquake Modeling Scientific Board.