Lynn Laverty Elsenhans '78 among guests to share advice with class. 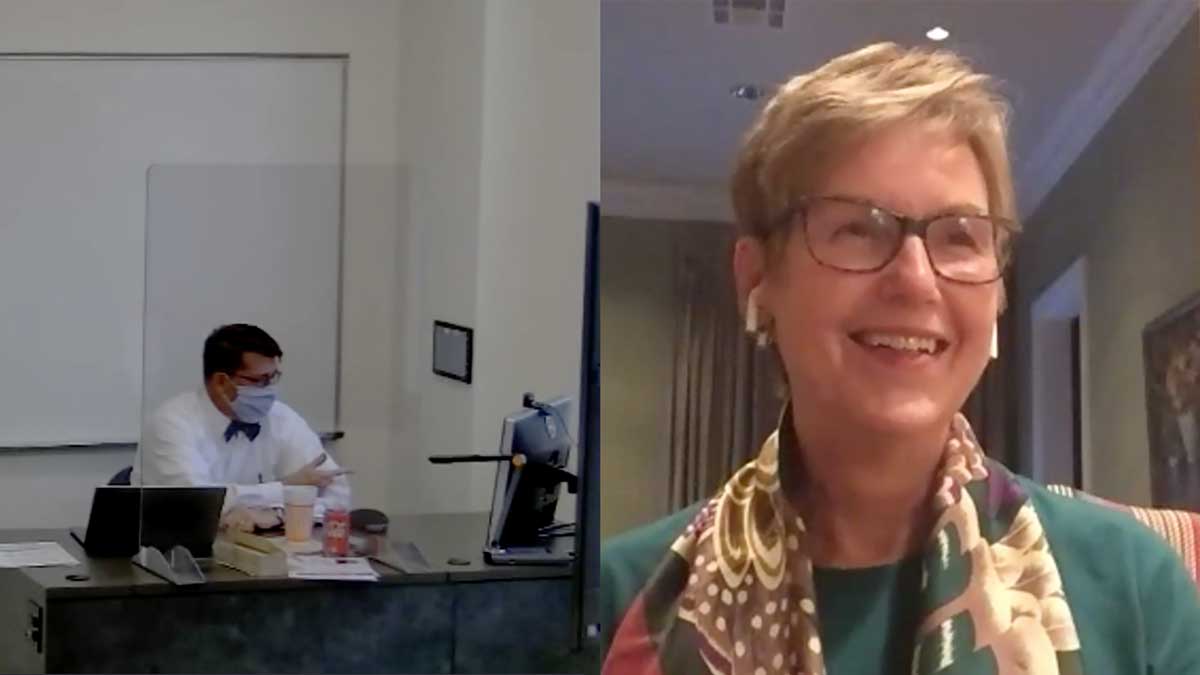 Perhaps counterintuitively, Lynn Laverty Elsenhans suggested the students in RCEL 430/530 who aspire to be Fortune 500 executives should not strive to be CEOs, even if that is their eventual goal.

Not that Elsenhans was trying to be paradoxical. She’s knows what she’s talking about. As CEO of Sunoco, she was the first woman to hold that title at a major oil company.

“Like most people, I never set out to be a CEO. I set out to do interesting work. I was getting ready to retire from Shell when they came to me. It seemed like an interesting opportunity, a business challenge,” said Elsenhans, who in 1978 earned a B.A from Rice in mathematical sciences, the precursor to computational and applied mathematics.

Elsenhans met via Zoom with 16 students and their instructor, George W. Webb III, a Rice alumnus and adjunct lecturer in the Rice Center for Engineering Leadership. The course, launched this year, is called “Engineering Pathways.”

“It’s an opportunity for engineering majors to explore career options beyond the typical technical industry and academic research tracks,” said Webb, a patent attorney who earned his B.S. and master’s degree in electrical engineering from Rice in 1988 and 1991, respectively. “We explore law, medicine, finance, consulting, venture capital, business management and government service.”

Open to all students, RCEL 430/530 is a capstone elective for the Certificate in Engineering Leadership. Webb invites alumni to discuss their career paths. Guest speakers have included a private equity manager, a NASA flight surgeon, the COO of the Harris County Engineering Department, the production manager of the West Virginia State Theatre, the president of IBM and the U.S. ambassador to Bosnia and Herzegovina.

Webb also arranges for the students to watch or listen to court hearings in intellectual property law, including the recent oral argument at the U.S. Supreme Court in Google v. Oracle.

After graduating from Rice, Elsenhans went on to earn an M.B.A. from Harvard in 1980. For more than 28 years, she worked for Shell, rising to become president of its U.S. refining and marketing operations and then executive vice president of global manufacturing for its refining and chemical manufacturing operations worldwide. She joined Sunoco in 2008, serving as chair, president and CEO until retiring from the company in 2012.

Elsenhans recommended that students acquire two to four years of work experience after earning their undergraduate degrees before pursuing an M.B.A. “There’s no one pathway,” she said. “Get the further technology experience, financial or operational leadership experience. Learn something about strategic thinking.”

A CEO has an external focus, outside the company. “You become the public voice of your company to a whole array of stakeholders. You learn the job only when you get the job,” she said.

As a result of the COVID-19 pandemic, CEOs have had to become “a lot more empathetic and human, more understanding, more attuned to the mental health of your team. Apart from some of the big tech companies, most companies are seeing a major downturn.”

In her experience, most CEOs do not have M.B.A.s, though they often have advanced degrees in science or engineering. “They’re not required,” she said, “but helpful.”

Elsenhans sits on the board of directors of Baker Hughes and GlaxoSmithKline, and is the first woman to sit on the board of Saudi Aramco. She also served multiple terms on the Rice Board of Trustees.

“As a member of the board of directors,” she said, “your job is to protect the interests of the shareholders. Being right, in a way, is something you give up. You listen, you take in what others have to say.”

Joseph Krause, a 24-year-old doctoral student in materials science and nanoengineering, told Elsenhans he hoped to become the CEO of a company someday.

“I’d like to be able to influence the direction of a company, to be a visionary,” he said.

“I think you know a lot more about this than I did at your age,” Elsenhans said.