Preparing for a future in research by developing therapeutics 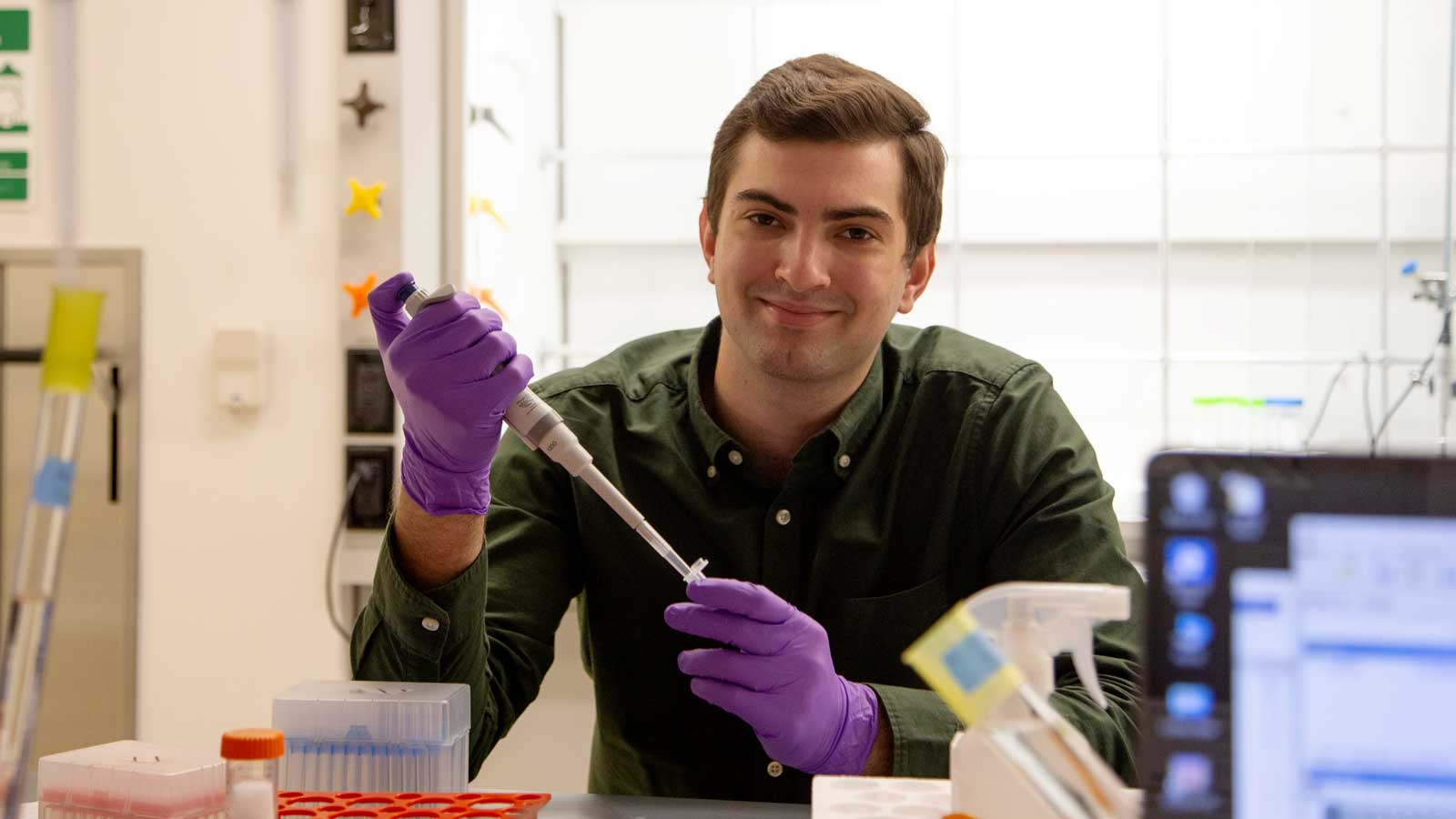 Andrei Mitrofan is a junior at Rice and a research assistant in the Laboratory for Noninvasive Neuroengineering directed by Jerzy Szablowski, assistant professor of bioengineering.

Mitrofan works to develop therapeutics that act in a single brain region to reduce the side effects of currently available medications. The focus of his work is Parkinson’s disease treatment, but his approach can be generalized to other diseases.

“Andrei is ambitious, motivated and very smart,” Szablowski said. “He deals well with adversity and does not give up easily, which is why I think he will be a successful scientist.”

Mitrofan was born and raised in Bucharest, Romania, where both of his parents are former engineers. “I was always interested in biology and health, though I liked physics as well,” he said. “Neuroengineering is a vast field. We have so much to learn and what we learn will help people.”

Parkinson’s disease occurs when brain cells that produce dopamine, a chemical that coordinates movement, stop working or die. The movement disorder can cause tremors, slowness, stiffness, and walking and balance problems, among other symptoms.

With Szablowski and his team, Mitrofan works on a novel approach to noninvasive treatment for Parkinson’s and, potentially, other diseases -- focusing ultrasound energy to safely make the blood-brain barrier permeable. FUS-BBBO (Focused Ultrasound Blood-Brain Barrier Opening) has previously been used in humans to deliver therapeutic molecules from the bloodstream to the brain.

“At Rice I am able to spend two or three days a week in the laboratory doing actual research. This is what I like about the program. There is a lot more to it than just reading in a textbook,” Mitrofan said, who works closely with a postdoctoral fellow in Szablowski’s lab, Zhimin Huang.

The procedure also permits passage of proteins and other small molecules in the other direction – that is, from the brain into the bloodstream – where they can be easily sampled. FUS-BBBO combined with collecting other blood samples could permit non-invasive, spatially specific sampling of proteins within designated brain regions over time.

Mitrofan has conducted protein delivery experiments in murine models and monitored murine behavior before and after treatment. He has examined the brain using in-vivo and ex-vivo imaging and analyzed protein delivery by immunostaining.

He enjoys both research and teaching. In Romania he had taught upper-level biology to students in the International Computer High School of Bucharest. Here he has led several freshman engineering design teams. He may, after graduating in 2023, enter the M.D./Ph.D. program at Rice and Baylor College of Medicine,

“Rice is preparing me for a future in research. Whatever I do, I know I will be prepared,” he said.