No longer on the outside looking in

Gilda Barabino '86 used her experience as a black female engineer to become president of Franklin W. Olin College of Engineering. 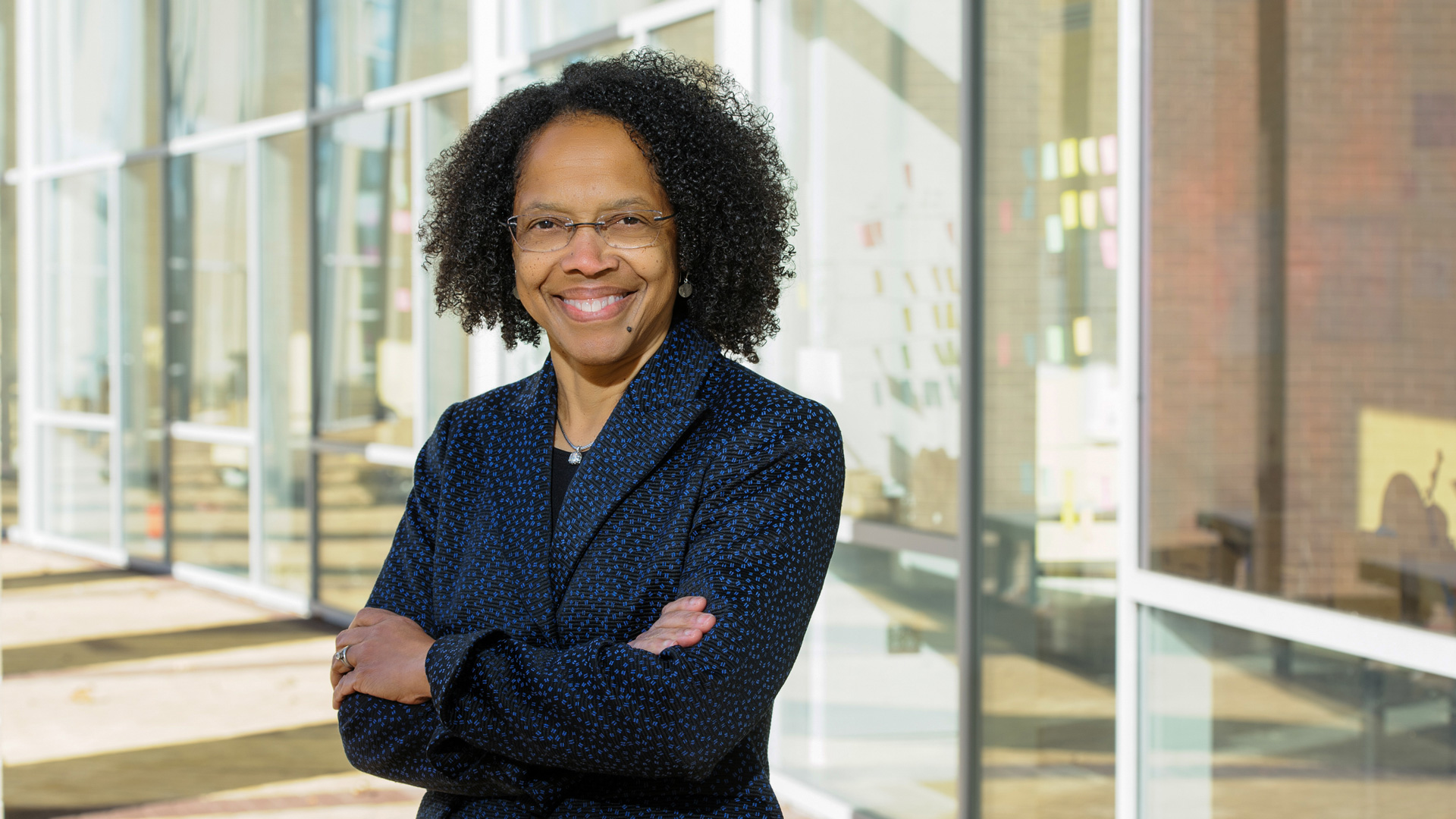 Gilda Barabino isn’t one to waste experience, in whatever form it takes.

As a black female chemical engineer, she has often been a first, and firsts are sometimes ignored, treated with suspicion or judged by a higher standard.

In 1986, she earned her Ph.D. in chemical engineering from Rice, becoming the first black woman admitted to the graduate program in that department. She also became only the fifth black woman in the country to earn a doctorate in the field.

On Oct. 19, Barabino was one of 100 new members elected to the National Academy of Medicine. She was recognized for her “leadership and contributions in shaping and transforming the face of biomedical engineering through the integration of scientific discovery, engineering applications, and the preparation of a diverse biomedical workforce to improve human health, and for her seminal discoveries in sickle cell research.”

Last year, Barabino was elected to the National Academy of Engineering, which recognized her for “leadership in bioengineering research and inclusive models of bioengineering education and faculty mentoring.”

She is one of only six black women so honored.

“At first it was very isolating. People didn’t know how to respond to me. I was on the outside looking in. But as a result, I learned what was important and how I wanted to continue with my life and career,” said Barabino, who on July 1 became president of Franklin W. Olin College of Engineering, a private undergraduate engineering school in Needham, Ma.

Olin was founded in 1997 and named for the industrialist Franklin W. Olin (1860-1951), founder of the Olin Corporation. It is funded primarily by the F. W. Olin Foundation and the college covers half of each student's tuition.

“It’s a small, intimate school. We have about 350 students. The curriculum is built around hands-on engineering and design projects. It’s project-based,” she said.

Barabino followed a circuitous route before reaching Olin. She was born in Anchorage, Alaska. Her father was in the Air Force and the family often moved — to Washington, D.C., Delaware, Germany, Florida, New Mexico, and finally, when she was 13, to New Orleans, where her mother still lives and which Barabino thinks of as home.

She and her siblings were the first in the family to attend college. In 1978, she earned a B.S. in chemistry from Xavier University, New Orleans, the only historically black Roman Catholic university. She later enrolled at Rice.

She considered following a pre-med track but concluded she was too squeamish.

“I faint at the sight of blood,” she said.

With an undergraduate degree in chemistry, Barabino had some catching up to do in chemical engineering.

“It was not a perfect fit at first,” she said.

At Rice, Larry McIntire was her thesis adviser and the late David Hellums served on her thesis committee. Both were biomedical pioneers within the chemical engineering department. Much of her subsequent research has focused on sickle-cell anemia, though for three years after earning her doctorate she worked as a process engineer for a chemical company in Pennsylvania.

Her subsequent career has been in academia, starting as an assistant professor at Northeastern University, going on to become vice provost for undergraduate education. In 2007 she moved to Georgia Tech where she served as professor of biomedical engineering, associate chair for graduate studies and vice provost for academic diversity.

Barabino is founder and executive director of the National Institute for Faculty Equity.

“For me, there are several tenets for engineering education: be transformative, seek constant change and innovation, ensure access and equity, promote social justice and treat students as co-creators,” Barabino said.