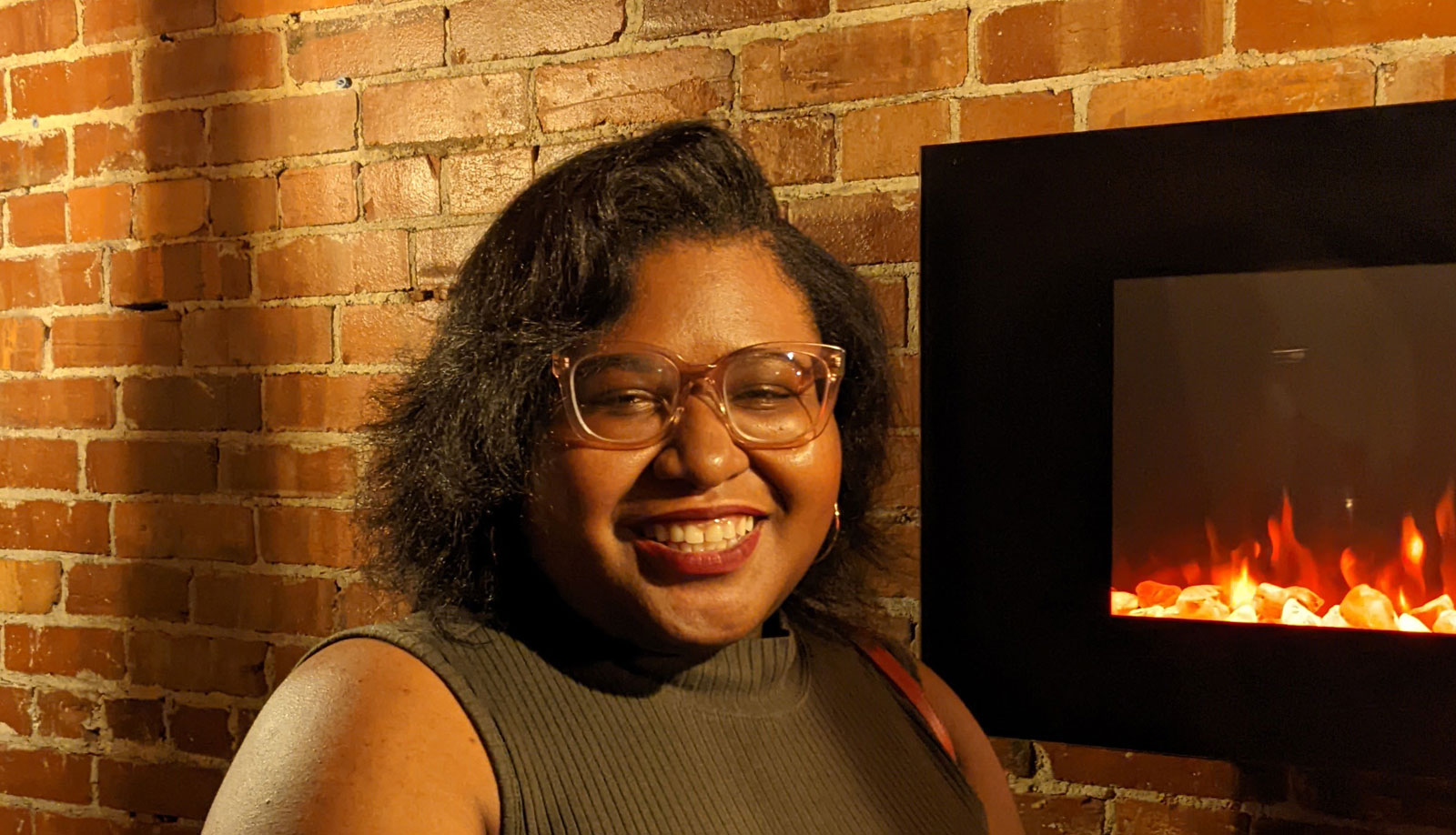 As a child growing up in Miami, Margaret Dieudonne ’14 was captivated by the sight and sounds of passing trains. “I always wondered what the trains were carrying, where they had come from, and where they were going next,” said the Rice University Mechanical Engineering alumna.

“Years later, I was a Rice student representative at the National Society of Black Engineers (NSBE) conference when I noticed a GE Transportation booth. They said, ‘We specialize in locomotive products.’ I was stunned; I had never considered trains as a career option. Talking with the recruiter, I began learning about the different aspects of locomotives from supply chain to engine design. Of course, I applied for an internship.”

Ten years after that internship, Dieudonne is the lead engine controls engineer at Wabtec (previously known as GE Transportation). Trains may carry freight or people, but they are all composed of locomotives and the cars attached to them. Wabtec’s area of expertise is rail transportation; the company traces its history back to 1869 when locomotive engines were powered by steam. Today’s freight locomotives are primarily driven by diesel engines connected to electric generators. Now, Wabtec is pioneering new hybrid power sources.

“The engines inside locomotives are often referred to as the prime mover; they provide the power that moves the cars,” said Dieudonne. “Most people think of locomotives as the front of the train, but they can be positioned anywhere that makes sense for that particular customer or load. You may see locomotives placed in the middle of a train to help maintain speed, or there may be two locomotives at the front to help move particularly heavy cargo.

“Sometimes two locomotives are placed together for people management —the engineers in each locomotive are working in tandem to monitor braking or power, or to control speed. We have so many different ways to customize a locomotive solution, and each customer has a method they prefer, based on the route, load, and conditions.”

As Dieudonne talks with customers, internal and external stakeholders, and other engineers, she continually shapes her message to fit her specific audience. She jokes that her communication style is the result of years of trial and error, but quickly gives credit to two mentors who guided her efforts.

“After Rice, I joined GE Transpiration in a two-year rotation program. Talking with different stakeholders every six months was as helpful as the detailed working sessions with my manager, Derek Mangun. Both opportunities taught me how to better communicate with different audiences,” she said.

“For example, the manufacturing team didn’t need the detailed history of a project. They just wanted to know if there was a problem and what they needed to do to fix it —straight and to the point. The design team wanted details about why something might fail, how would it fail, what an operator would notice before a failure.”

After her two-year rotation, Dieudonne chose the Locomotive Engines Controls Team. As part of her professional development goals, she and her manager agreed to continue growing her communication skills. As her team’s projects developed, Mangun shared samples of internal communications so the two of them could discuss why they were good examples for each type of message.

Rice English professor Dennis Huston was one of Dieudonne’s earliest communication mentors. She said Huston gave her frank assessments and then supported her efforts to grow. “I remember Dr. Huston saying, ‘I get your writing style, but you are ducking a lot of issues grammatically and structurally – and it clouds what you are trying to say.’

“From that single course, I learned so many lessons. I’d submit a paper and he’d give me personal feedback that I still remember and use to this day. Most often, it was that I didn’t need ‘all those words.’ And like a lot of engineers, I often used a passive tense. Dr. Huston taught me to try and avoid that tendency. He’d say, ‘You are the owner of this. Make it clear and concise, without unnecessary words.’”

In her role as a Lead Engine Controls engineer, Dieudonne communicates in a variety of ways about a wide range of topics. She may be distilling customer correspondence into a formal request and requirements document or talking with internal stakeholders like the cooling and lubrication, fuel systems, and reliability teams. Someone may be reporting an observation from the field where a customer could benefit from a more controls-based solution.

Dieudonne said her heart still beats a little faster when she considers the sophistication of Wabtec’s engine controls. “Our engineers and operators constantly see diagnoses on the state of the locomotive, the engine, and its components. I wish I had that kind of information in my own car.

“And just like other industries’ software applications, we target when we can validate and move updates and upgrades out into the field. We work closely with a principal engineer, who in many ways acts like a consultant. They chair your product review and make sure it aligns with the company’s design guides. The principal engineers also ensure your solution is actually satisfying the customer’s requirement and providing an improvement.”

Educating their customers about an improvement is another challenge Dieudonne welcomes.

She said engineers should never assume the customer will automatically grasp what an update means for their particular situation. To better understand the perspective of her internal and external stakeholders, Dieudonne draws further on her Rice experience.

“I would advise all Rice engineers to take a variety of courses. Exposure to many fields forced me to write about many topics that were unfamiliar to me. At work, you might be afraid to take a risk and make your point because you don’t have that background. But if you’re already placing yourself in environments beyond your engineering background, you become more comfortable speaking your mind in a respectful way.

“You can say, ‘This is what I think about that idea or feature, but I’d like additional information that can help confirm my perspective or help me better understand your point of view.’ Taking such a breadth of courses at Rice set me up to engage in these kinds of dialogues in a confident way that is still working great for me. Norse mythology, gender and sexuality, literature classes – all these and more expanded my horizons and helped me better understand people and where they come from,” Dieudonne said.

She believes much of a person’s perspective and ideas are related to their personal, cultural, and even employment history. From customers and stakeholders to long-term employees, each person can be respected for the technology and engineering changes they’ve experienced and the lessons they learned by working through those challenges. Insight from diverse contributors can help move a project to the next level.

“I am still very close to a lot of my Rice friends, and one of the experiences I am most grateful for is the way Rice engineers were exposed to so many different areas,” said Dieudonne.

“I never really got the typical engineer jokes until I left Rice. At work or conferences, when I was meeting peers from other engineering schools, I discovered their programs were often very siloed; sometimes they simply did not have close acquaintances who were not engineers.

“They would say to me, ‘You are so social!’ And I would explain that at my school, we didn’t silo. We all enjoyed branching out and exploring other areas, fields and ideas.”