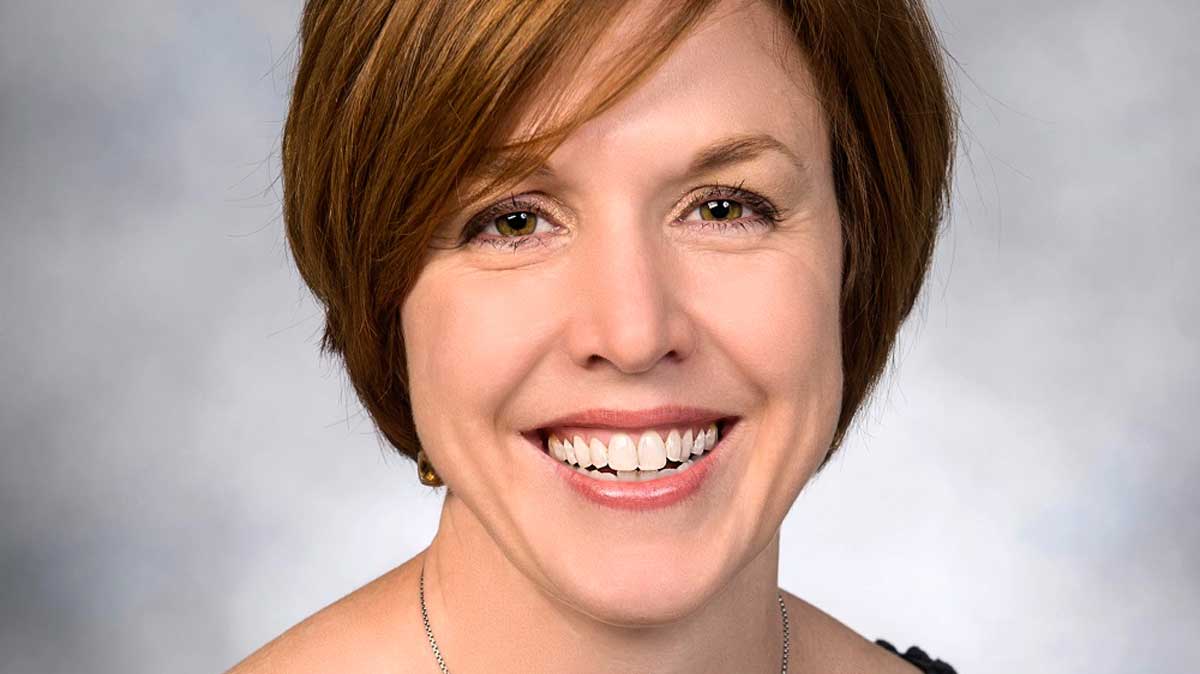 Marcia O’Malley, the Thomas Michael Panos Family Professor in Mechanical Engineering (MECH), has been named the associate dean for research and innovation for the George R. Brown School of Engineering, effective May 1.

“Marcie is a world-class researcher in robotics, focusing on designing and manufacturing systems for enhancing the human sensorimotor control system,” said Luay Nakhleh, the William and Stephanie Sick Dean of Engineering. “She has what it takes to excel in her new role. She will help lead the school’s research, innovation and translation missions.”

O’Malley is director of the Mechatronics and Haptic Interfaces (MAHI) Lab at Rice. She earned her M.S. and Ph.D. in MECH from Vanderbilt University in 1999 and 2001, respectively, and joined the Rice faculty in 2001. She holds complementary appointments in electrical and computer engineering, and computer science.

“She excels at creating and facilitating collaborations as evidenced most recently by helping create the NeuroProsthetics collaboration between Rice and Houston Methodist,” Nakhleh said, “She has advised more than 20 Ph.D. students, published in the top venues of her field and received millions of dollars in external funding.”

“I’m excited to work with the dean and our faculty to elevate our research productivity and visibility, while facilitating the translation of our research beyond the hedges,” said O’Malley, who has published more than 200 peer-reviewed scholarly publications.

Her MAHI Lab includes more than a dozen graduate students, and she collaborates broadly with faculty across Rice, the TMC, and other institutions. Awards have exceeded $7 million, with funding from NSF, NIH, ONR, NASA, industry and foundations. Projects focus on physical human-robot interaction for applications in rehabilitation, training and virtual reality. Her lab has developed robotic systems (hardware and control algorithms) for upper extremity rehabilitation after stroke and spinal cord injury, and devices for wearable haptic feedback, with applications in virtual reality, training and prosthetics.

In 2020, O’Malley was named a Fellow of the IEEE (Institute of Electrical and Electronics Engineers). She is also a fellow of the American Society of Mechanical Engineers (ASME), and last year was named its Dynamic Systems and Controls Division Nyquist Lecturer.

Recently, O’Malley received the Presidential Mentoring Award from Rice, and has served as director of graduate studies for four years in MECH. Since 2017 she has served as special adviser to the provost on Educational and Research Initiatives for Collaborative Health (ENRICH). In that role, she is responsible for building educational and research collaborations between Rice faculty and researchers within the Texas Medical Center (TMC) and greater Houston.

O’Malley chaired the Rice COVID-19 Research Fund Oversight and Review committee in 2020. In that role she was responsible for managing the review of more than 50 internal proposals and directing the awarding of almost $500,000 in seed grants. These awards went to faculty in almost every school at Rice. All were highly collaborative projects — almost half involved more than one department, a third involved collaborators from TMC and more than 40 percent involved collaborations across the Houston region.