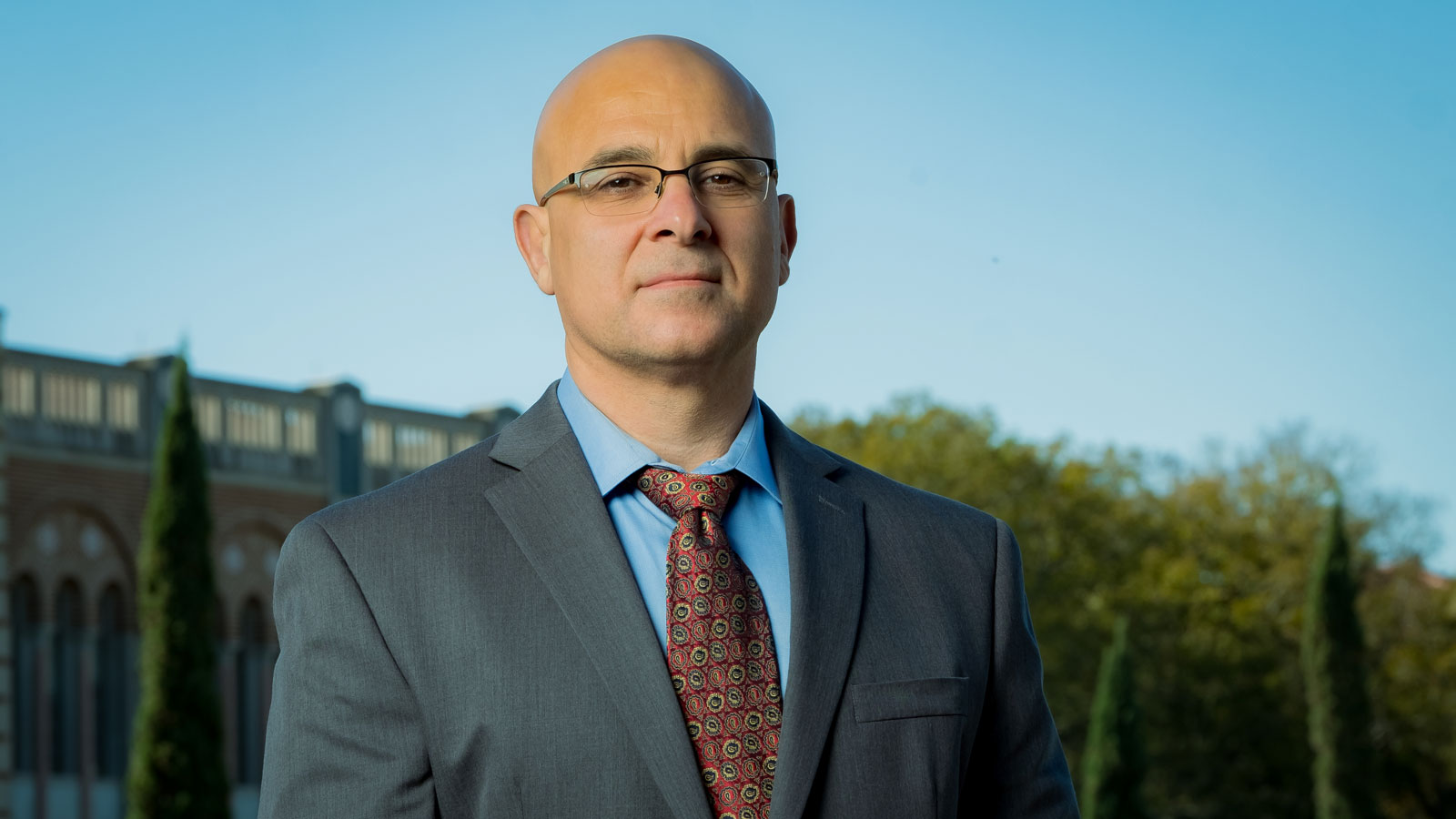 Luay Nakhleh (lu-EYE NOCK-lay), the J. S. Abercrombie Professor and chair of the Department of Computer Science at Rice University, will become the William and Stephanie Sick Dean of the university’s George R. Brown School of Engineering on Jan. 1, 2021.

Nakhleh will succeed Interim Dean and Professor of Civil and Environmental Engineering Robert Griffin, who was appointed to the position July 1 when former Dean Reginald DesRoches took office as Rice’s provost.

“During his time as chair of computer science, Luay displayed the passion, creativity and vision to take the department to a new level, and I believe he will do the same for the School of Engineering,” DesRoches said. “He is skilled at forming key partnerships that benefit our students and our programs. I am pleased to have Luay serve as dean and look forward to what he will accomplish in the position.”

Nakhleh joined Rice in 2004. He holds a bachelor’s degree from the Technion – Israel Institute of Technology, a master’s from Texas A&M University and a doctorate from the University of Texas at Austin, all in computer science.

Nakhleh’s research interests are in combinatorial optimization, statistical inference and their applications to biological problems. He also studies phylogenomics and population genomics, the evolution of regulatory and protein interaction networks and the modeling and analysis of metabolic and regulatory networks. His research has been recognized with several top awards, including the Department of Energy Early Career Award, the National Science Foundation CAREER Award and the John P. Simon Guggenheim Foundation and Alfred P. Sloan fellowships.

Nakhleh has received several teaching awards at Rice, including the university’s most prestigious, the George R. Brown Prize for Excellence in Teaching, in 2019. The award is given annually based on a survey of alumni who graduated within the past two to five years.

Nakhleh said he is “honored and humbled” to be named dean of one of the country’s top engineering schools.

“These are undoubtedly challenging times, but the school has many opportunities to seize and reach new heights,” Nakhleh said. “We already have an ambitious strategic plan that calls for excellence in research and translation, education and outreach, and diversity.”

Nakhleh vowed to work hard with the faculty, staff, students and alumni, as well as with central administration and deans of the other schools, to execute the plan.

Rice President David Leebron said he is delighted and grateful that Nakhleh has agreed to lead the George R. Brown School of Engineering.

“This is a time of both great need for engineering skills and innovation, and exciting opportunities for our school,” Leebron said. “Having witnessed Luay’s effective leadership of our Computer Science Department at a critical time, I am confident he will work collaboratively to seize those opportunities and take Rice engineering to new heights.”