How this SVP at Caterpillar acquired engineering fundamentals at Rice

Tom Pellette '86 is responsible for the company's Solar Turbines subsidiary and serves as a strategic adviser. 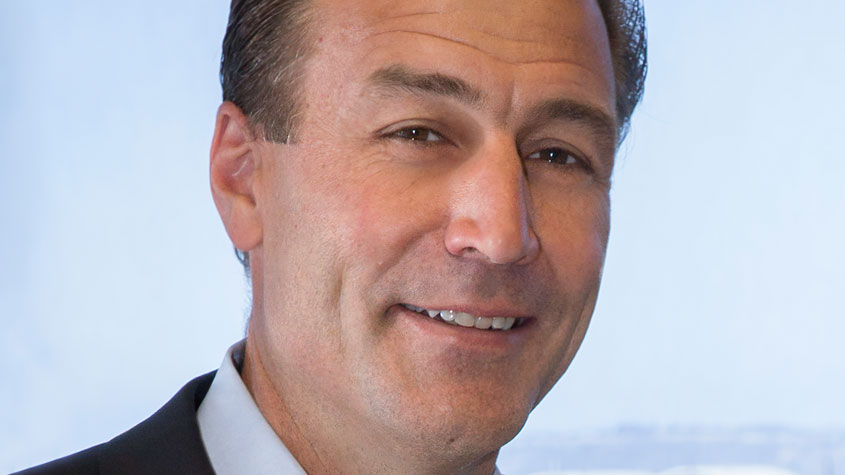 Some fathers take their sons fishing. Pellette’s turned his into a backyard auto mechanic.

“We drove old cars and my father loved working on them. We had a grease pit in our garage. He taught me how to do repairs and by ninth grade I was fixing my friends’ and neighbors' cars,” said Pellette, who earned a B.S. in mechanical engineering from Rice in 1985.

Today, Pellette is a senior vice president of Caterpillar Inc., responsible for its Solar Turbines subsidiary, and serves as a strategic adviser to the Caterpillar Executive Office.

“My job requires that I know the fundamentals and basic theoretical principles of engineering, and that is the knowledge I acquired during my time at Rice — fluid flow and heat transfer, for instance,” he said. “The rest is based on experience I have learned on the job.”

After graduating from Rice, Pellette worked for Tennessee Gas, a Solar Turbines customer, and Leybold Technologies. “With Tennessee, I worked for a year in Kentucky as a blue-collar mechanic. It was one of the best experiences I have ever had. I learned about the applications of what I had learned in the classroom at Rice,” he said.

After a short stint in the aerospace industry, in 1993 Pellette joined the Solar Turbines subsidiary of Caterpillar. He was posted to overseas assignments — in Belgium and Singapore — for a total of 12 years.

“Our turbines are like jet engines on an airplane but for land-based use. We take care of the mid-sized market, from one megawatt to 25 megawatts,” he said.

Solar Turbines, based in San Diego, designs, manufactures and services gas turbine systems and compressors for the oil and gas and power generation industries. In 2012, the board of directors named Pellette a Caterpillar vice president and the president of Solar Turbines.

“The largest segment of our business is the natural gas industry. In Texas alone you’ll find our products from the Permian basin to the Gulf,” he said.

Rice University has two utility plants on campus. The Central and South Plants house two natural-gas turbines, combining heat and power, one was manufactured by Solar Turbines. The plants generate 25 percent of the university’s electricity, 98 percent of its heating and cooling and 20 percent of the campus domestic water.

Pellette was born on Long Island and moved with his family to New Mexico when he was six. His father went to work for the White Sands Missile Range and later the Los Alamos National Laboratory, eventually becoming a consultant on earthquake safety for nuclear facilities.

He serves on the Rice Engineering Advisory Board, is a board member of the San Diego Regional Chamber of Commerce and the Economic Development Corporation of San Diego. Pellette and his wife Stephanie have three children -- Niko, Natalie and Noah.

“I lost touch with Rice for a while. I lived out of the country and work kept me busy. About five years ago or so I felt a need to reconnect. That’s part of the reason I got on the Engineering Advisory Board. I wanted to give something back and I felt I had something to offer,” Pellette said."