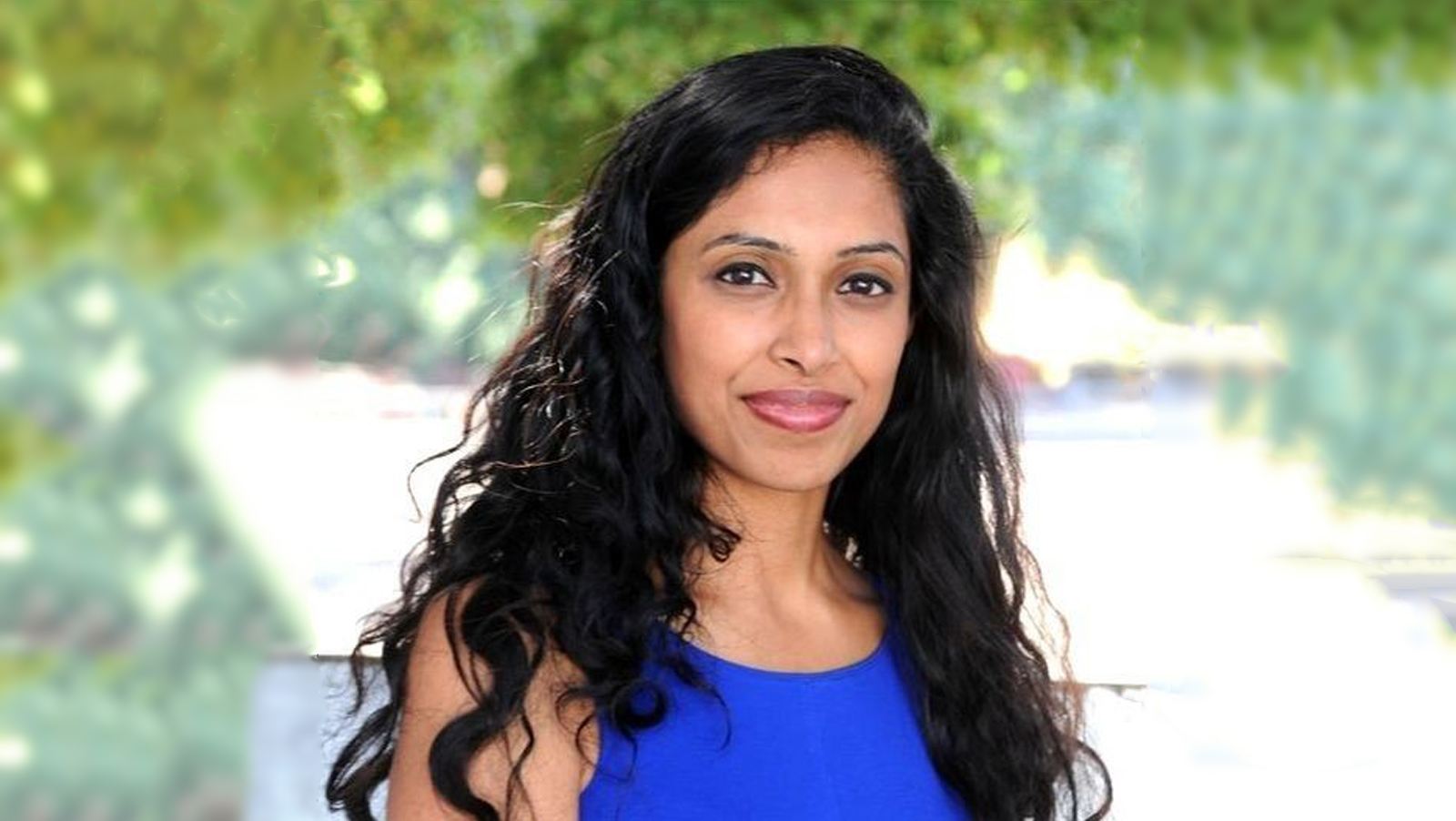 “Working with Rebecca Richards-Kortum on the early detection of colon cancer was an experience that made me ask critical questions about how I wanted to contribute to the quality and quantity of life for patients,” said Nadhi Thekkek, who completed her Ph.D. in bioengineering at Rice University in 2013.

“We all hope to see patients early in their diagnosis when we can remove or at least minimize their morbidity. But what we typically see are patients at the end of the cycle, when intervention can only extend their lives for a few months. Whether or not they pursue surgery, it is a heartbreaking place to be in; I kept wondering if this was how I’d want to live or see my parent or grandparents live.”

In many ways, dance pulled her through those tough moments. She said she’d always loved art, reading, writing, films, and music, but every moment of her spare time outside the lab seemed to be spent dancing.

“I had been learning to tell the story of research with Rebecca Richards-Kortum, but I also understood the importance of communicating through art. When you see people connect to art in a deep and meaningful way, you realize the art has created an understanding that no news article or lecture can. I wanted to pursue that a little more, perhaps go at storytelling in a different way.

“Then, surprise! I had a kid at end of grad school. Suddenly, I had to make a decision. Working is my jam, and people in grad school are used to long hours. But if I was going to spend that much time away from my kid, what would I actually accomplish in that time? Was I really headed down my original academic path of postdoc followed by a tenure track faculty position, or something different?”

Thekkek’s decision was further influenced by her partner’s career opportunity. Living in California instead of Houston would mean less travel for work, and California had a strong reputation for supporting the arts. Settling her family in the Bay Area shortly after she graduated from Rice, Thekkek also received her first funding for a dance project.

“Ten years later, we are still working I am going project to project,” she said. “But I see many parallels between my experience in the lab and my experience running a dance company. In the lab or in the company, work begins with a question.

“In our cancer research lab, it might be a question like, ‘Would this contrast agent help us better detect cancer?’ And you’d begin reading, researching, collecting tissue samples and exploring those samples under a microscope, writing up your results. It takes months to work through that question and along the way things happen that can change your approach or even the question you are asking.”

Through Nava Dance Theatre, Thekkek is exploring how to answer questions through the medium of dance. She said the questions and answers might not be as obvious as in her cancer research, but she works on a similar timeline and trajectory.

“Right now, I am researching the question ‘How do we value the labor of women in Southeast Asia, particularly after the U.S. Immigration Act of 1965?’ You see, we had the biggest influx of immigrant women from Asia in the 1970s due to nursing labor shortages in the U.S. We’d had nursing shortages before, but women who were qualified to work as nurses —but who were not of European descent— were ineligible for citizenship until 1965. So I’ve been reading a lot of books and articles, collecting oral histories of women who immigrated in that decade to work as nurses and in other fields.

“My mother was one of those women who came here to work as a nurse for citizenship. The flood of women immigrants in the 1960s and 1970s is very interesting in light of the south Asian narrative that has the men coming first as breadwinners then sending for their families later. I believe we can use art and dance to explore this history. Rather than showing facts and figures on a page or listening to a lecture, we can embody that experience and relate it to our family and our communities.”

She said she feels a deep connection to what happened to these women who have rarely had the opportunity to tell their stories. Learning their histories and their stories, and connecting personally with them as a dancemaker, enables Thekkek to share their truths. She is careful to avoid tokenism in her efforts to move audiences with real-life experiences because she views performance as a channel for introducing empathy, and she seeks to help audiences make connections between past and present moments of strife.

“I learned to move audiences from Rebecca Richards-Kortum,” said Thekkek. “Her ability to write, communicate ideas and present was phenomenal. It wasn’t like she set aside time to teach us to write or present, she just modeled how to tell a story at every opportunity. She taught us to communicate even in the way she looked at our data and reevaluated our questions.

“We were at a conference where she was a plenary speaker; her data was so good she could have just stood there and shown slides of it. Instead, she talked about how people would benefit and how our research could change healthcare outcomes. She moved the audience and they became excited about the possibilities.”

Incorporating all the lessons she learned from Richards-Kortum, Thekkek continually evaluates how and if a dance project is telling the story she wants to relate. She also incorporates methods from other creatives and dance makers. One performance she attended was created by veterans. At the beginning of the work, one of them asked from the stage, “Have you or anyone in your family been affected by war?” Thekkek said every single person in the audience raised their hands.

“We’re working in a platform where everyone can participate, everyone can relate. Art allows us to absorb information in a way that changes hearts and minds,” she said.

“One piece we’ve been performing since 2017, ‘Broken Seeds Still Grow,’ explores the continuing impact of the 1947 British India Partition. It is a historic event, but it is also a story about our global community, refugees, and our grandparents living in a new place. It is not so different from the violence and division that have rolled through our world more recently. Of course, I want you to enjoy the performance from your comfy chair, but the underlying goal is for you to find your story as well, and see how the stories overlap.”

Aligning the goals of the musicians, choreographers, donors, and talent is an important aspect of getting a story told, and Thekkek is quick to credit to Richards-Kortum for demonstrating how to build consensus through her lab’s joint research projects.

Thekkek said, “Collaboration is critical to cancer research. So many people are involved in one grant that it doesn’t make sense for one department to try and take over or handle it alone. I’ve been in the room with Rebecca where she was coordinating a group of people from around the world. That is also how we work in a dance company — video designers, dancers, all have to be in room mapping how the story is told.

“Coordinating all those personalities and navigating opinions and egos is a skill I learned from Rebecca. I even have to check my own ego at the door —because when you come together in a collaboration the goal is to serve the truth of the narrative you are trying to uplift. In both science and art, we are serving something bigger than ourselves."