From the aqueduct of Segovia to Plaza de España, Spain is full of engineering feats. 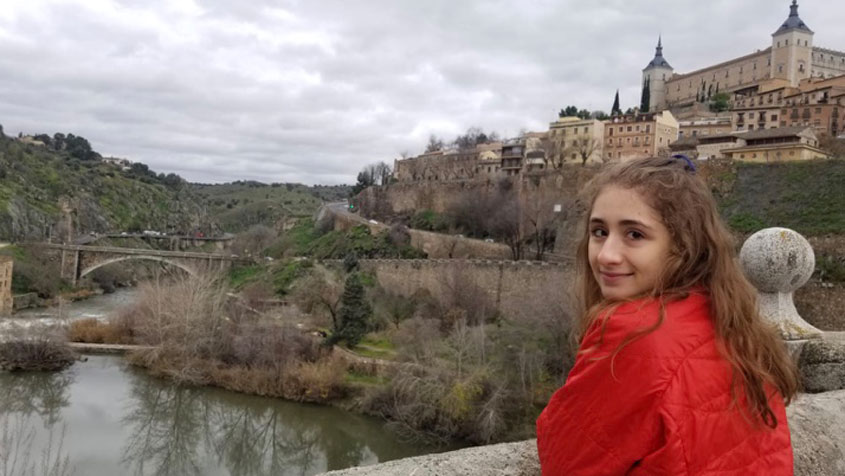 This story is the part of our series of study abroad experiences contributed by Rice Engineering students. Learn more about our study abroad opportunities and global programs.

The aqueduct of Segovia, built during the Roman empire, is a true feat of engineering. A structure built almost two millennia ago was responsible for supplying an entire city with water, and was used even up until the mid-1800s.

Built at a careful one degree decline to allow water to consistently flow about 10 miles from the Rio Frio, the aqueduct towers almost 100 feet over the city with no mortar or glue to hold together the large stone blocks, requiring unimaginable precision upon its construction. Despite being preluded, and admittedly awed, by this astounding history on the tour bus leading to Segovia, when I first laid eyes on the structure in person, I felt nothing could have prepared me for the amazement I felt in that moment. It seemed unimaginable to me that it could be built lacking the tools for heavy lifting, meticulous calculations, and deliberate construction we have today.

I remember myself just the semester before, at the OEDK, trying to hand-saw a semi-straight cut across a plank of wood and miserably veering into a diagonal trajectory. The Romans had to build with even more precision on material much larger, heavier, and numerous than I had in my simple task.

It was experiences like these, being able to visit incredible sites, monuments, and buildings in person, which made my study abroad in Spain truly unforgettable. These structures always had deep historical backgrounds, cultural implications, and astonishing engineering and architectural thought behind them, making every visit — from the aqueduct in Segovia, to later the trips I would make to the Great Mosque of Córdoba and the Plaza de España in Sevilla, to trips I would have loved to have taken to the Alhambra in Granada or La Sagrada Familia in Barcelona — another chance to be just as amazed.

Caterina Grasso Goebel is a senior in civil and environmental engineering.