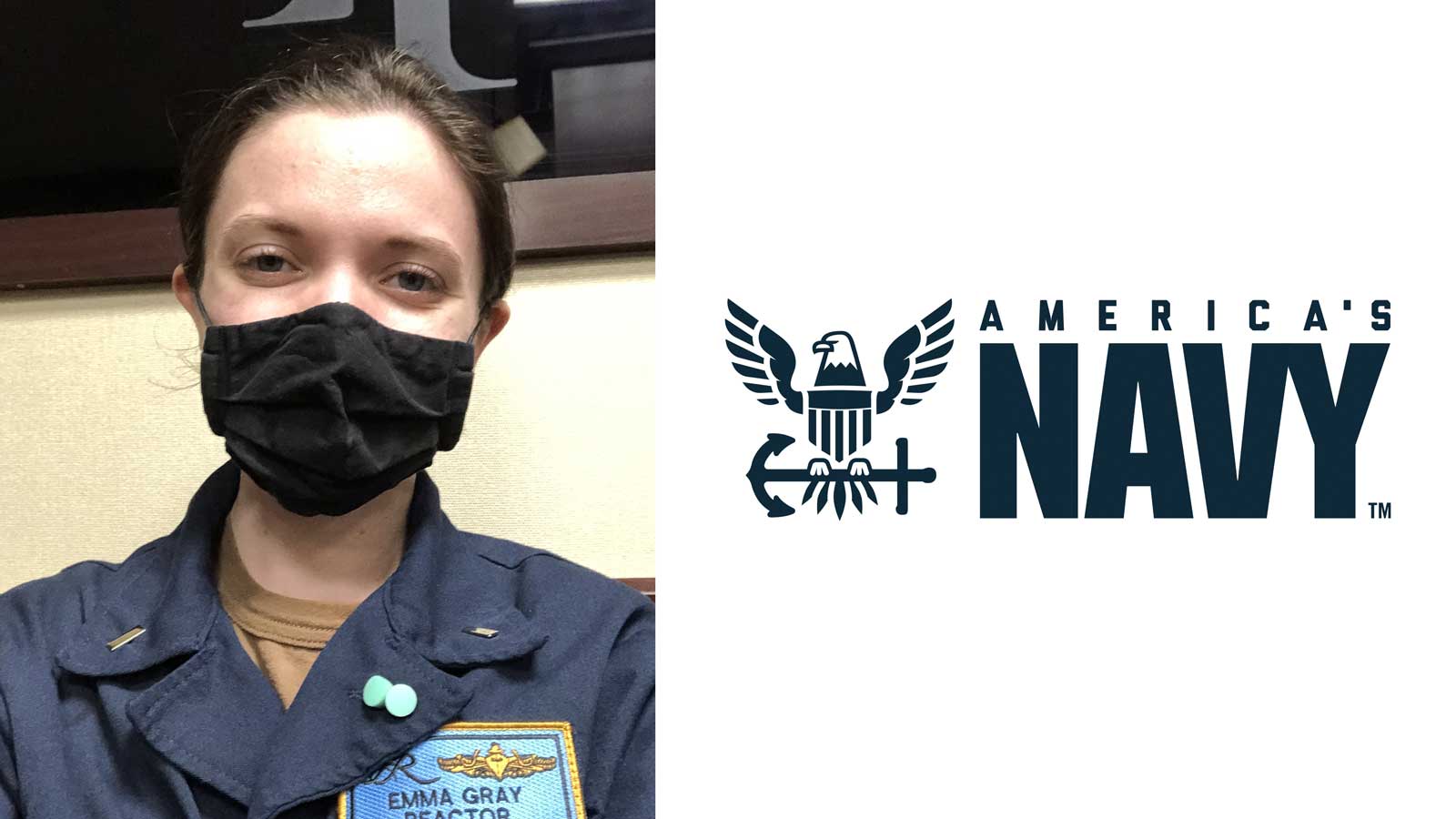 Lieutenant Junior Grade Emma Gray had no interest in computer science when she arrived at Rice University in 2013 on a Naval ROTC scholarship.

“Naval ROTC encourages technical majors. You have to get a waiver to switch to a non-technical degree, so I entered Rice planning to study engineering but was undecided among the different disciplines,” said Gray, who is now a surface warfare officer (SWO) in the U.S. Navy.

During O-Week, she saw a flyer for COMP 140, taught by Scott Rixner, professor of CS. She knew nothing about computer science but, according to the fine print, knowledge of programming was not required.

“I figured ‘why not?’ and decided on a whim to take the class,” Gray said. “It was hard at first but it was one of my favorite courses at Rice, along with Prof. Luay Nakhleh's COMP 182 the following semester. I owe Dr. Rixner a huge thank-you for steering me towards computer science.”

She eventually became a teaching assistant for COMP 140.

As a Naval ROTC midshipman, Gray spent her summers training aboard ships and submarines, “the Navy’s version of internships.” During the academic year, she took courses in Naval Science, attended physical training, and worked on developing leadership skills among her fellow midshipmen.

Gray credits the Rice Center for Engineering Leadership with boosting her self-confidence and ability to lead.

“The faculty was enormously helpful, especially Kaz Karwowski and David Van Kleeck, who both have military experience that has helped shape their leadership styles.”

In 2017, she graduated from Rice with a B.A. in CS and a commission as an officer in the Navy. From 2017 to 2019, she was stationed onboard USS Michael Murphy (DDG 112) in Pearl Harbor, HI, as the ship’s Strike Officer. After her first tour, she attended Naval Nuclear Power School in Charleston, S.C.

She now serves as Reactor Mechanical Division Officer onboard USS Theodore Roosevelt (CVN 71), with a homeport in San Diego.

“I’ve only been in the Navy for three and a half years, but during that time my job has covered a wide range of experiences. My first ship was a destroyer, where I stood watch in the pilothouse and managed a division of fire controlmen and gunner’s mates. Now, my current ship is an aircraft carrier. I stand watch in the propulsion plant and the sailors in my division are all nuclear-trained mechanics.

“I spent a year in the Navy’s intense nuclear training pipeline, I’ve lived in three states and am currently on my third deployment,” she said.

Her days at sea, Gray said, “get turned upside down” by maintenance issues, inclement weather and tactical situations. “I've learned to be flexible and to be ready for anything. In that respect, I think Rice prepared me well by helping me develop well-rounded and critical thinking skills. At a basic level, computer science is about problem solving, which is usually the hardest part of my job,” she said.

Gray hasn’t decided how long she’ll stay in the Navy or if she’ll leave once her obligatory service is finished.

“Either way,” she said, “I’d like to go to graduate school and would consider studying computer science again.”

Gray was born and raised in Seattle to a non-military family. Her mother works as an administrator for a school district and her father works in marketing. She is the first in her family to serve in the military.