How this alumna speaks the language of mathematics 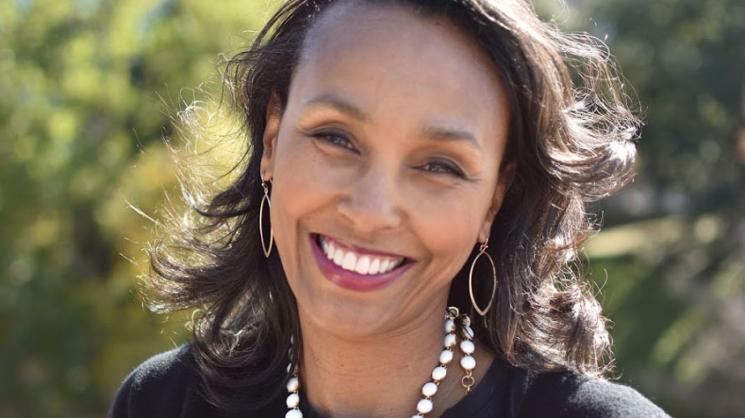 Not long ago Cassandra McZeal found a report card from second grade in which her teacher observed that she was exceeding all expectations in mathematics.

“I liked math books. I was just doing something I thought was fun. It never occurred to me that this might be a little weird for a seven- or eight-year-old,” said McZeal, computational and data sciences manager for ExxonMobil Upstream Integrated Solutions. Here’s how she describes her job:

“We transform business problems into mathematical models and either use existing algorithms or create new ones to solve the problem and discover actionable solutions for the company,” said McZeal, who supervises a group of about 80 computational and data scientists.

She was born in Houston, the oldest of four girls. Her mother is a cake decorator and works for Kroger, her father is a retired printer. She credits her father with instilling in her a fondness for solving problems. He taught her how to work on the family car.

“I was the first in my immediate family to complete college. My father had already taught me to think on my own. He never put boundaries on me or on my sisters,” she said.

McZeal contemplated medicine as a career until she was called upon to dissect a fetal pig. She got a full scholarship to attend Southwestern University in Georgetown, the oldest university in Texas. There she earned a B.A. in mathematics in 1992.

Next she came to Rice, earning her M.A. and Ph.D. in computational and applied mathematics (CAAM) in 1998 and 1999, respectively. Her advisers were former CAAM faculty members Robert Eugene Bixby and Yin Zhang, an experience that taught her, she said, “I don’t like to work alone. I work best in a group, which is what I’ve always done at Exxon Mobil.”

The first of her two daughters, Madelyn, was born in January 1999, three months before she defended her thesis, “Reoptimization in Interior-Point Methods with Application to Integer Programming.” For another year she worked as a postdoctoral researcher with Richard Tapia, University Professor and Maxfield-Oshman Professor in CAAM.

In June 2000, McZeal was hired by Exxon Mobil, where she was responsible for developing optimization software for oil and gas investment portfolio planning and management. Her second daughter, Lena, was born in December of that year.

She has served on the board of directors of the Girl Scouts of the San Jacinto Council and the United Way of Greater Houston’s Women’s Council. She recently accepted a position on the Southwestern University Board of Trustees and also serves on the Rice Engineering Advisory Board.

“My biggest concern is taking care of my family. That comes first. I never missed a sports event with the girls. You have to know what’s important,” said McZeal, who traced the origin of such core beliefs to her own childhood in Houston:

“Like my father did for me, I’ve always encouraged my daughters to learn the language of mathematics. As a Girl Scout troop leader, I urged my Girl Scouts, including my own daughters, to ignore the constraints others try to put on them. Be different. Be independent. Be a mathematician.”