Administered by the Center for Teaching Excellence, the awards recognize top Rice instructors as determined by the votes of alumni. 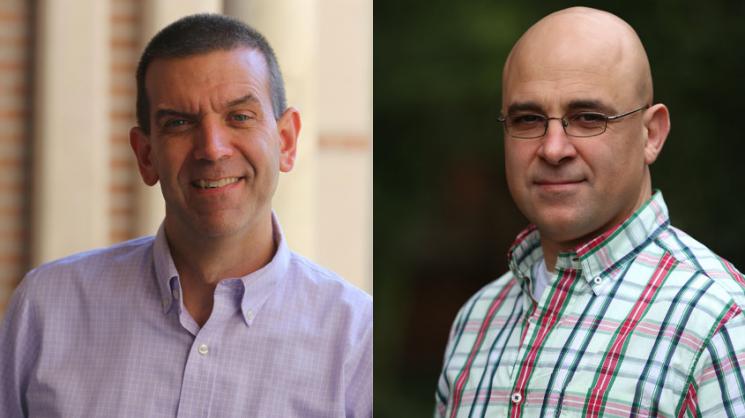 Two members of the engineering faculty are recipients of the 2020 George R. Brown Awards for Superior Teaching.

Honored are Rob Griffin, professor of civil and environmental engineering (CEE), and Luay Nakhleh, the J.S. Abercrombie Professor of Computer Science (CS). Administered by the Center for Teaching Excellence, the awards recognize top Rice instructors as determined by the votes of alumni who have graduated within the past two, three and five years.

Griffin serves as senior associate dean for the George R. Brown School of Engineering and will begin serving as the school’s interim dean on July 1. He joined the Rice faculty in 2008. He earned his M.S. and Ph.D. from Caltech in 1997 and 2000, respectively, all in chemical engineering.

Griffin’s research focuses on performing field, laboratory and computational experiments aimed at understanding the effects and behavior of pollutants in the troposphere. In 2019, Griffin received the Teaching + Research Excellence Award from the school of engineering at Rice.

Nakhleh earned his Ph.D. in CS from the University of Texas at Austin in 2004 and joined the Rice faculty the same year. He became chair of the CS department in 2017. His research focuses on developing new methodologies and software to study the history of both specific genes and entire genomes, and the genetic links between species.

Nakhleh received the Teaching and Research Excellence Award in 2015 and the Outstanding Doctoral Thesis Adviser Award in 2018, both from the school of engineering at Rice. In 2019, he was awarded the George R. Brown Prize for Excellence in Teaching, the university’s most prestigious teaching award. He regularly teaches COMP 182, “Algorithmic Thinking,” and COMP 571, “Bioinformatics: Sequence Analysis.”