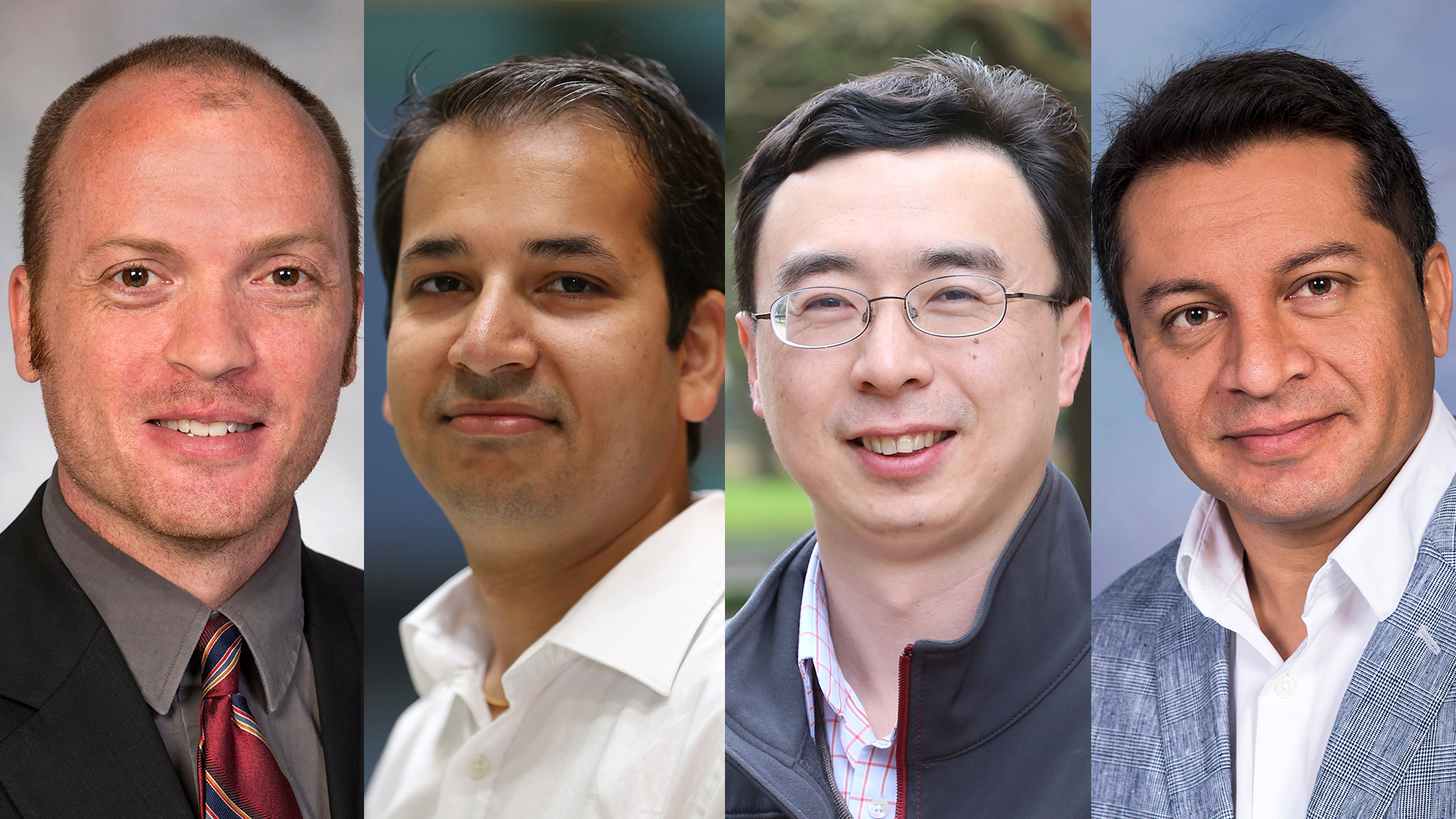 Four faculty members in the George R. Brown School of Engineering at Rice have been promoted from assistant to associate professor with tenure, effective July 1.

“This sometimes occurs when the person is hired with significant experience elsewhere, usually as a researcher, but without a history of teaching or service. Tenure at Rice is based on research/scholarship, teaching and service. An appointment without tenure allows the person to develop a record of teaching and service that will enable them to go for tenure. Tenure must be awarded by the end of the person’s seventh year. It is not common but the delineation is that the person was not ‘promoted’ so much as ‘awarded.’”

Miller earned his Ph.D. in BIOE from Rice in 2008. For five years he was a postdoctoral fellow in BIOE at the University of Pennsylvania, and joined the Rice faculty in 2013. His research group develops advanced biomaterials and biofabrication strategies to engineer vascularized human tissues and organs, towards future human clinical therapies.

Shrivastava received his Ph.D. in CS from Cornell in 2015, the year he joined the Rice faculty. His research focuses on large-scale machine learning, randomized algorithms for big data, graphs and social-networks mining.

Tang earned his Ph.D. in MSNE from the Massachusetts Institute of Technology in 2008 and joined the Rice faculty in 2014. His research group focuses on materials phenomena at the mesoscale, including modeling techniques such as the phase-field method, and combining simulation, theory and experiment to explain and predict the thermodynamic stability and kinetic evolution of mesoscale-level structures.

Mohite earned his Ph.D. in electrical engineering from the University of Louisville in 2007 and worked as a staff scientist at the Los Alamos National Laboratory. His research focuses on understanding and tailoring structure-function relationships in materials by using novel, correlated, in-situ techniques developed and pioneered by his group. The goal is engineering high-efficiency devices for clean energy applications, such as photovoltaics, photo-catalysis light emission and detectors.