Ernst, Segatori and Tabor promoted to full professor with tenure. 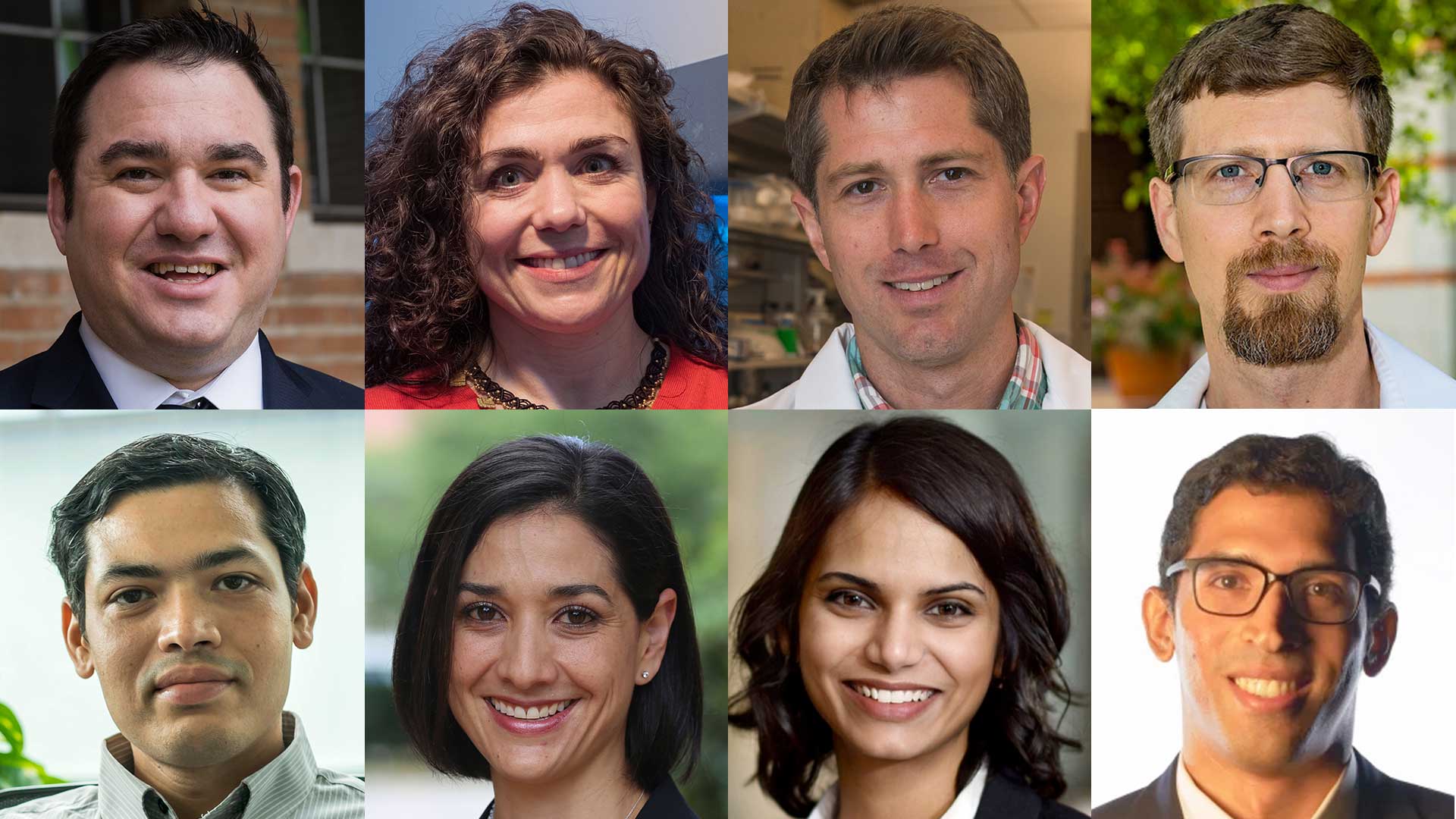 Eight faculty members in the George R. Brown School of Engineering at Rice University have been promoted, including three to full professor, effective July 1.

Promotion to full professor with tenure:

Philip Ernst, statistics (STAT), earned his M.A. and Ph.D. in STAT from the Wharton School of the University of Pennsylvania in 2010 and 2014, respectively, and joined the Rice faculty in 2014. In 2018, he received the Tweedie New Researcher Award from the Institute of Mathematical Statistics, widely considered the highest honor for excellence in research for an early-career statistician. In that same year, he received the Young Investigator Award from the Mathematical Sciences Division of the Army Research Office. In 2020, he was named the inaugural winner of the Institute for Operations Research and the Management Sciences’ Don Gaver, Jr. Early Career Award for Excellence in Operations Research. His research interests include applied probability, operations research and statistical inference for stochastic processes.

Laura Segatori, bioengineering (BIOE), earned her Laurea in industrial biotechnology from the University of Bologna, Italy, in 2000, and her Ph.D. in chemical engineering from the University of Texas in 2005. After two years as a postdoctoral fellow in chemistry at the Scripps Research Institute, Segatori joined the Rice faculty in 2007. Her research focuses on cellular and molecular engineering, systems and synthetic biology as applied to immunoengineering and cancer, drug delivery, and gene and cell therapies. In 2021, Segatori was named a fellow of the American Institute for Medical and Biological Engineering. Her honors include an NSF CAREER Award.

Jeffrey Tabor, BIOE, earned his B.A. in biology in 2001 and his Ph.D. in molecular biology in 2006, both from the University of Texas. After four years as an NIH postdoctoral fellow in the Department of Pharmaceutical Chemistry at the University of California, San Francisco, he joined the Rice faculty in 2010. In 2020, Tabor was named a fellow of the American Institute for Medical and Biological Engineering. He has also won an NSF CAREER Award and an Office of Naval Research Young Investigator Award. His research focuses on synthetic biology, optogenetics, bacterial two-component systems, and diagnostic and therapeutic bacteria.

Promotion to associate professor with tenure:

Matthew Brake, mechanical engineering (MECH), earned his B.S., M.S. and Ph.D. from Carnegie Mellon University, all in MECH, in 2002, 2004 and 2007, respectively. He worked at the Sandia National Laboratories for nine years before joining the Rice faculty in 2016. He is director of the Tribomechadynamics Lab at Rice, and since 2019 has been a fellow of the American Society of Mechanical Engineers. His research areas include structural and nonlinear dynamics, contact mechanics, impact mechanics, nonlinear mechanics, fatigue, failure, tribology, numerical methods and uncertainty quantification.

Gururaj Naik, electrical and computer engineering (ECE), earned his M.E. in microelectronics from the Indian Institute of Science in Bengaluru in 2008 and his Ph.D. in ECE from Purdue University in 2013. He was a postdoctoral scholar in the Dionne group at Stanford University before joining the Rice faculty in 2016. He is the director of the Nanophotonic Materials Laboratory, where his research interests include the control of light and heat at the nanoscale for applications in energy, sensing and security. He is a senior member of Optica (formerly OSA) and an associate editor of Optical Material Express.

Renata Ramos, BIOE, earned her B.S. in MECH from the Instituto Tecnológico de Monterrey, México, in 2002 and her Ph.D. in biomedical engineering from the University of Arizona in 2008. After two years as a postdoctoral fellow in BIOE at Rice, she joined the Rice faculty in 2010. She is the associate dean for academic affairs in the George R. Brown School of Engineering, overseeing curriculum, teaching, student opportunities, accreditation and DE&I efforts. She is the recipient of three George R. Brown Awards for Superior Teaching, the Graduate Student Association Faculty Teaching and Mentoring Award and the BED Teaching Award from the American Society for Engineering Education.

Sabia Abidi, BIOE, earned her B.S. in biomedical engineering from Texas A&M University in 2002 and her Ph.D. in the same field from the University of Texas at Austin in 2007. She served as a postdoctoral fellow in microbiology at New York University School of Medicine (2011-14); in material science and engineering at MIT (2014-17) and postdoctoral teaching fellow in BIOE at Rice (2018-19). She joined the Rice faculty in 2019. She has been trained in stem-cell differentiation, microfluidics, microbiology and parasitology. She was awarded the 2021-22 KEEN Engineering Unleashed Fellowship and 2022 BIOE Department Excellence in Teaching Award. Her research involves student engagement and classroom-based techniques.

Kalil Erazo, civil and environmental engineering (CEE), earned his B.S. from the Instituto Tecnológico de Santo Domingo, Dominican Republic, in 2009, his M.S. from Georgia Tech in 2012 as a Fulbright Fellow, and his Ph.D. from the University of Vermont in 2015, all in civil engineering. He was a postdoctoral scholar at Rice (2015-2016) and his research work was awarded the 2019 Takuji Kobori Prize from the International Association of Structural Control and Monitoring, shared with Satish Nagarajaiah, professor of CEE and of MECH at Rice. He joined the Rice faculty as a lecturer in 2015. His research focuses on robust structural health monitoring for resilient and sustainable civil infrastructure subjected to extreme natural and man-made hazards.