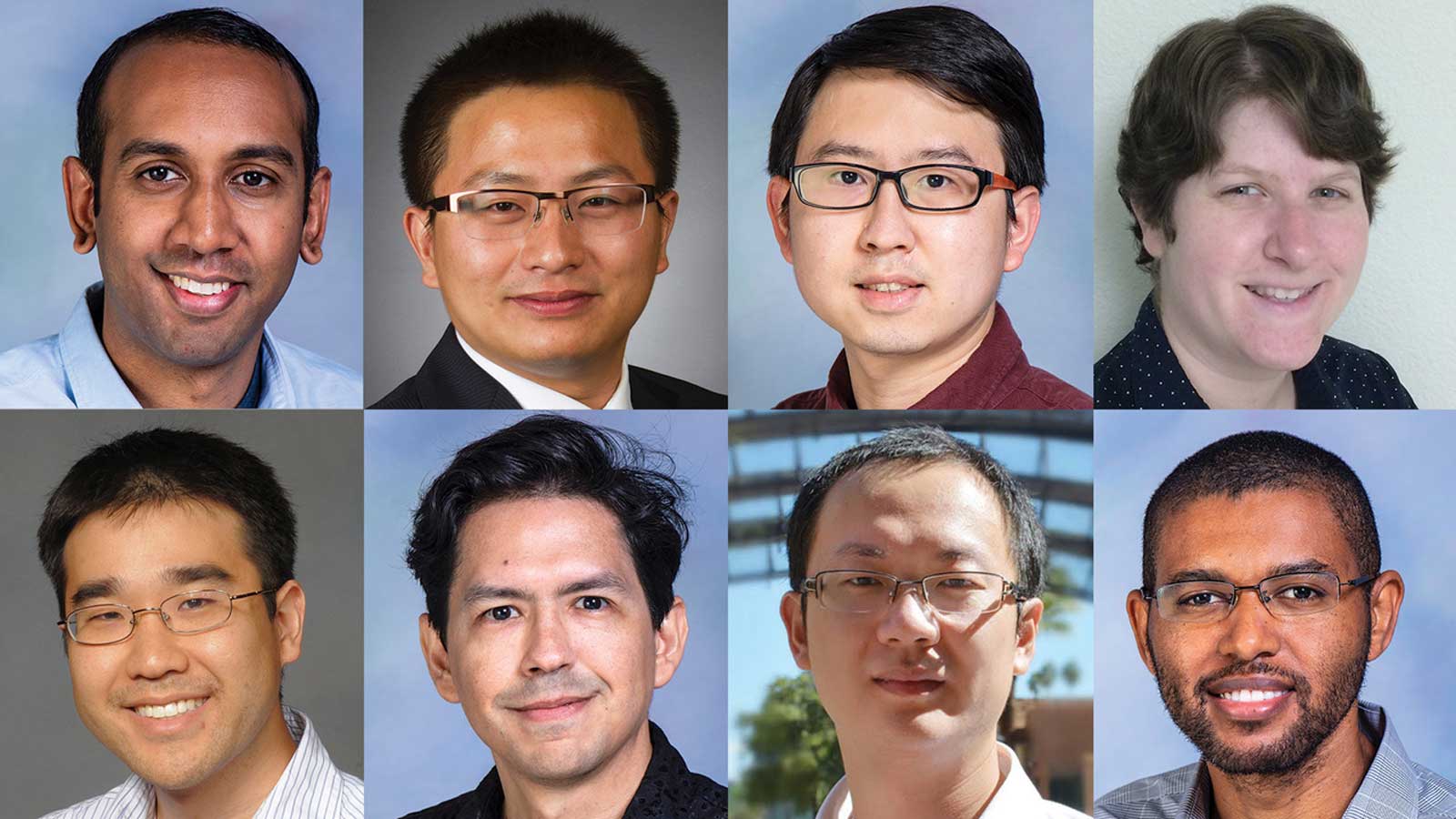 Guha Balakrishnan, assistant professor of electrical and computer engineering (ECE): He earned his B.S. degrees in computer science engineering and computer engineering in 2011 from the University of Michigan, and his M.S. and Ph.D. in electrical engineering/computer science from MIT in 2013 and 2018, respectively. He was a postdoctoral researcher at MIT from 2018 to 2020 and an applied scientist at Amazon Web Services in 2020-21, working on fairness of AI systems. His research interests include computer vision and graphics, the theory, practical design and downstream applications of generative models for complex visual data.

Songtao Chen, assistant professor of ECE: Chen received his B.S. in optical science and engineering from Zhejiang University, China in 2013 and his Ph.D. in ECE from Brown University in 2018. He served as a postdoctoral research associate in ECE at Princeton University in 2018-21, developing multiplexed quantum network nodes using single erbium ions. At Rice he is part of the Quantum Initiative. Chen’s research focuses on quantum information processing using solid-state spins. By combining spin-photon interfaces with solid-state device engineering, he hopes to develop optically interfaced spins as platforms with quantum communication, computing and sensing applications.

Eric Chi, associate professor of statistics (STAT): Chi earned his Ph.D. in STAT from Rice in 2011. He did postdoctoral work in human genetics at UCLA and the Digital Signal Processing group at Rice. From 2015 to 2021, he was an assistant professor of statistics at North Carolina State University. He received an NSF CAREER award in 2018 and an ORAU Ralph E. Powe Junior Faculty Enhancement Award in 2017. His research interests include statistical learning and numerical optimization, and their application to analyzing large, complicated modern data with applications in biological science and engineering.

Xia “Ben” Hu, associate professor of CS: Hu earned his Ph.D. in CS from Arizona State University in 2015. His research focuses on interpretable machine learning, automated machine learning and network analytics. Before joining the Rice faculty, Hu was an associate professor of computer science and engineering at Texas A&M where he directed the DATA (Data Analytics at Texas A&M) Lab. He has published more than 100 papers in major academic venues, led the research and development of the most-used automated deep learning software, AutoKeras, and is the recipient of an NSF CAREER Award. His work has been cited more than 10,000 times, and has an h-index of 43.

Vicente Ordóñez-Román, associate professor of CS: He earned his B.S. in engineering from Escuela Superior Politécnica del Litoral in Ecuador, M.S. in CS from the State University of New York at Stony Brook, and his Ph.D. in CS from the University of North Carolina at Chapel Hill in 2015. From 2016 to 2021 he was assistant professor of CS at the University of Virginia. He was a visiting researcher at the Allen Institute for Artificial Intelligence and a visiting professor at Adobe Research. His research interests lie at the intersection of computer vision, natural language processing and machine learning. He focuses on building efficient visual recognition models able to perform tasks that leverage both images and text.

Arlei Silva, assistant professor of CS: He received his B.S. and M.S. in CS from Universidade Federal de Minas Gerais, Belo Horizonte, MG, Brazil, in 2008 and 2011, respectively. After earning his Ph.D. in CS from the University of California, Santa Barbara in 2019, he remained there as a postdoctoral scholar. He was a visiting scholar at the Rensselaer Polytechnic Institute in Troy, N.Y. His research interests include developing algorithms and models for mining and learning from complex data sets, broadly defined as data science, especially for data represented as graphs/networks.

Julea Vlassakis, assistant professor of bioengineering (BIOE): She earned her B.A. in chemistry and physics from Smith College in 2012 and her Ph.D. in BIOE from the University of California, Berkeley, in 2018. She remained there for an additional three years as a postdoctoral scholar. Her hiring by Rice comes with the support of a $2 million grant from the Cancer Prevention and Research Institute of Texas (CPRIT). While at Berkeley, Vlassakis developed a novel method for detecting protein complexes from single cells using precision microfluidic devices. At Rice she hopes to pinpoint the protein interactions that drive pediatric cancer progression and metastasis.

Yuji Zhao, associate professor of ECE: Zhao earned his B.S. in Microelectronics from Fudan University, China, in 2008, and his Ph.D. in ECE from the University of California, Santa Barbara, in 2012. Before joining Rice, he was an associate professor and chair of ASU NanoFab at Arizona State University. His current research involves materials science and device engineering of wide bandgap semiconductors for energy efficiency, RF and power electronics, and quantum photonics applications. Zhao received the 2019 Presidential Early Career Award for Scientists and Engineers, the MIT TR 35-China Award, DTRA Young Investigator Award and NASA Early Career Faculty Award.