Rice-based facility will enable advanced cellular engineering for the Texas Medical Center and beyond. 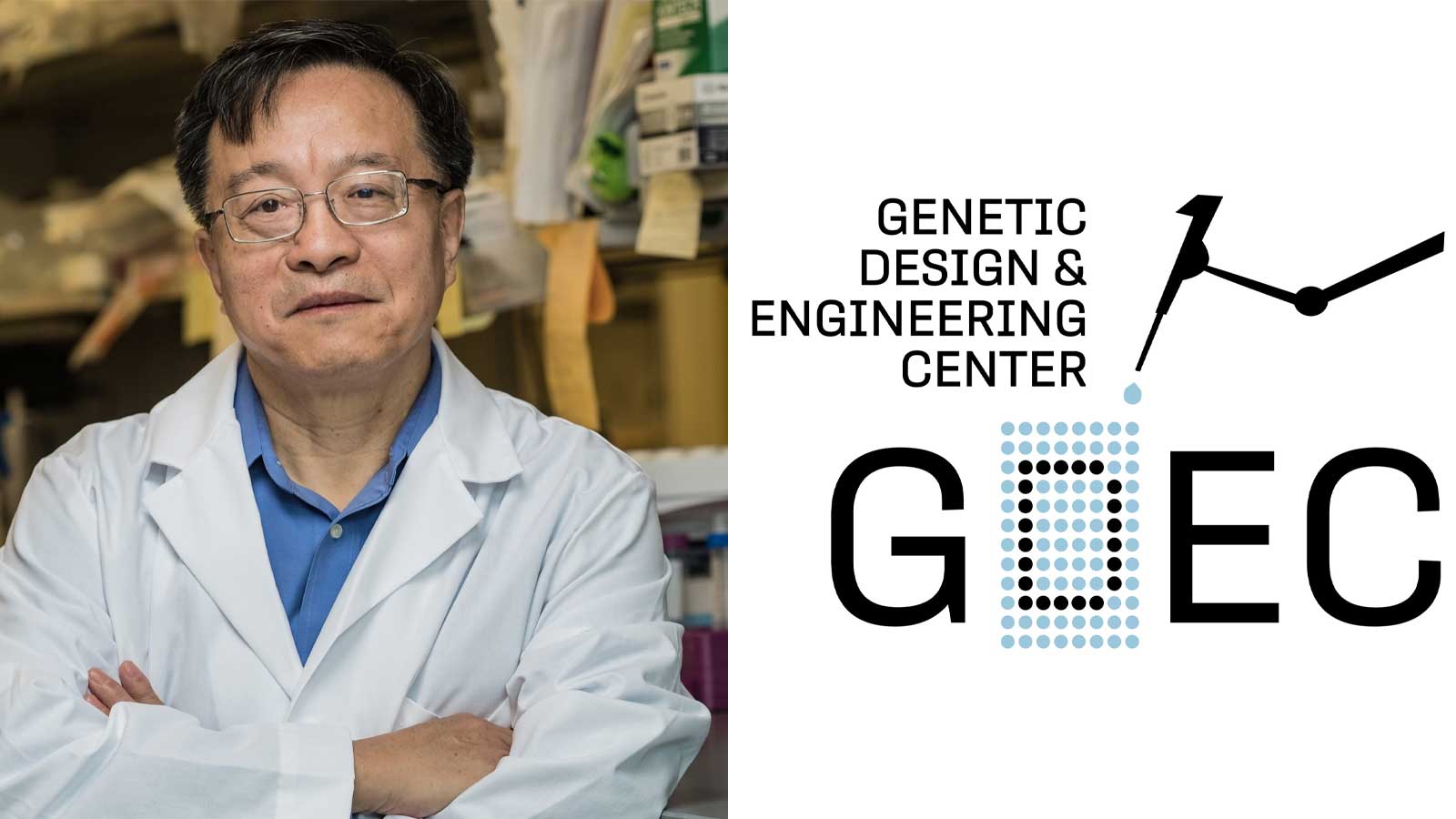 Rice University faculty members led by bioengineer Gang Bao have been awarded a $4 million grant by the Cancer Prevention and Research Institute of Texas (CPRIT) to establish the Genetic Design and Engineering Center (GDEC).

Rice’s first CPRIT Core Facility will provide a one-stop shop for Houston’s Texas Medical Center, of which the university is a member, and other institutions that require custom DNA constructs but have neither the expertise nor the facilities to design and validate them.

Bao said Rice already has the expertise, and the grant will allow the facility to be established at the BioScience Research Collaborative (BRC). He expects space will be configured for the GDEC over the next few months while equipment is ordered and staff are hired.

Bao has recruited high-profile researchers to GDEC’s executive committee, including Rice bioengineers Jeffrey Tabor, Caleb Bashor and Isaac Hilton and bioscientist Caroline Ajo-Franklin, and Cassian Yee, a professor in the Department of Melanoma and Medical Oncology and director of solid tumor therapy at the University of Texas MD Anderson Cancer Center. Tabor and Bashor will serve as associate directors of the GDEC.

Their intention is to dramatically accelerate the pace, scale and impact of cancer research through access to state-of-the-art tools for the design, construction and optimization of the DNA constructs at the heart of developing innovative approaches to treat disease. DNA constructs are artificial segments of genetic code used to modify the properties of living cells and tissues.

“Many cutting-edge technologies like synthetic biology and genome engineering start with designing DNA constructs, and the design, testing and optimization require a core facility,” said Bao, chair of Rice’s Department of Bioengineering and a renowned researcher in biomolecular engineering who will direct the center.

The Genetic Design and Engineering Center will accelerate the design, construction and optimization of DNA constructs required by innovative approaches to treat disease. Illustration by Olivia Flynn

“We can go to commercial entities for these services, but they’re usually costly and time-consuming, and cannot do a lot of the engineering we need as quickly as we need it,” he said. “We have a lot of projects here at Rice and in collaboration with TMC that having a core facility will make much easier.”

“This is what the many of the folks at TMC are excited about,” Bashor added. “They’re world-class when it comes to developing cancer therapies, but we excel at designing with DNA. The hope is that working with us will let them develop enhanced therapies at a faster rate.

“They can also leverage the understanding of how to design with DNA that folks like Jeff and I have developed in our labs,” he said. “That expertise that is often not present in a clinical or translational environment.”

“Pretty much any bioscience or bioengineering researcher who deals with cells or molecules may use this core at Rice,” Tabor said. “I think it will touch many and establish a lot of new links between Rice and the TMC.”

While many researchers are able to perform basic genome engineering through CRISPR/Cas9 and modern cloning, among other techniques, few are able to do so at the scale required for the most advanced types of cutting-edge biomedical research. The Rice team say GDEC will feature automated, high-throughput molecular cloning to enable transformative, large-scale experimental projects that would not be possible for individual labs.

Bao said the five-year grant supports not only equipment and personnel but also a seed-grant fund to enable new projects. He said there will be a fee-for-service component, as well as large collaborative projects that produce data that can be used to apply for additional grants.

“The GDEC core is precisely the kind of initiative Rice envisioned when it built the BRC,” said Provost Reginald DesRoches. “This will firmly establish Rice as a hub for collaborators at the Texas Medical Center and beyond who need cutting-edge DNA design to address many challenges, especially defeating cancer.”

The award was one of two to Rice in the announcement this week, the other for $250,000 to Omid Veiseh, an assistant professor of bioengineering and CPRIT Scholar who joined the university in 2016, to support his research into cytokine factories for the treatment of mesothelioma.