Rice computer science alumnus is a professor at the University of Pennsylvania. 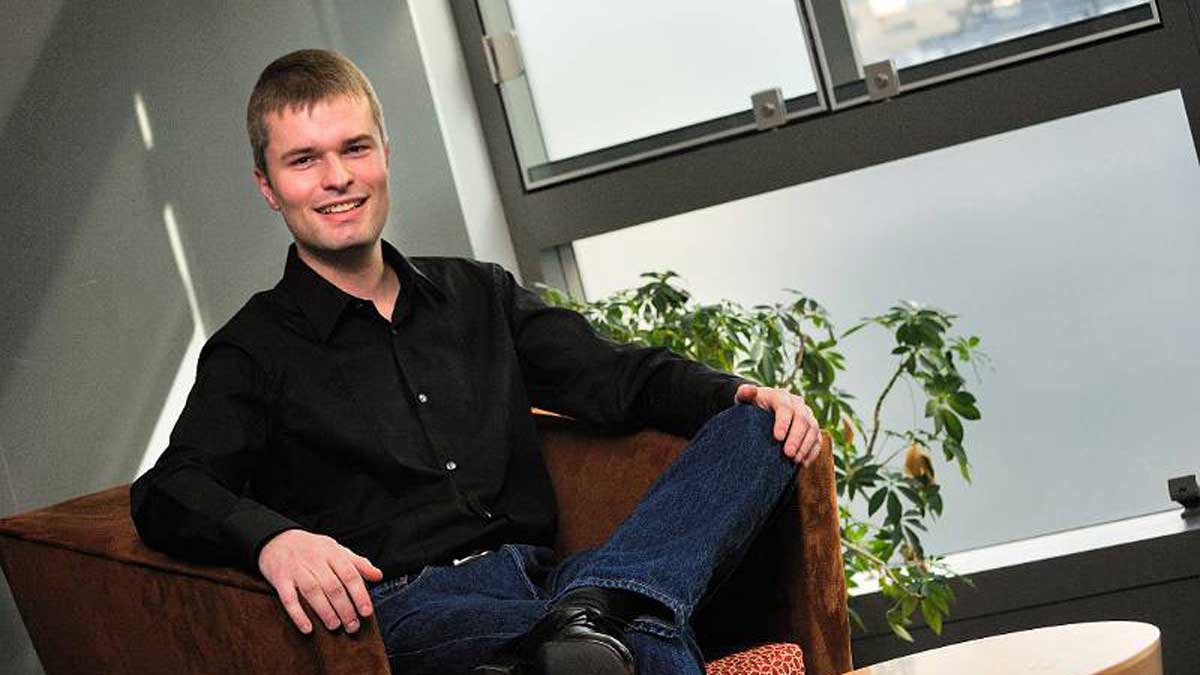 “Serendipity. That’s what has led me to a lot of my research questions,” said Rice University alumnus Andreas Haeberlen ’09. “I try to think hard about real problems and talk to a lot of people about their research. Sometimes I come across a new problem, or I wonder if there is a better way to solve an existing one that someone has told me about. And sometimes, the key to the solution is right next door.”

Haeberlen, a computer science professor at the University of Pennsylvania, was assigned an office next to Benjamin Pierce, a famous programming languages professor and researcher who had already spent a decade at Penn prior to Haeberlen’s arrival.

“When I introduced myself to Benjamin, I asked to join his reading group. Over time, we talked more about our ideas and the problems we wanted to tackle, and those conversations turned into a 12-year research project. We were working on ways to use differential privacy to protect the sensitive information of individual users, and, with the increasing use of ‘big data’ analytics, this has become even more important in the years since we started,” said Haeberlen.

When he read a paper about Apple’s use of differential privacy in iOS, it prompted him to have a closer look at the systems that are embedded in every phone and laptop. These systems added another layer of protection by keeping the sensitive data on each device and answering questions with a distributed protocol, instead of collecting the data in a central place. But this approach also meant that questions about the data would be answered with a lot less accuracy. Haeberlen wondered what could be done to get both good privacy and high accuracy at the same time, and that research resulted in another string of papers.

A few years later, Haeberlen was talking with members of the cyber-physical systems group, which was working on better security for systems ranging from washing machines to airplanes to cars, when he realized that their approaches to security were very different. “The cyber-physical systems folks thought about hacking – having people break into systems – from a very different perspective than my group,” he said. “We were trying hard to mask every single effect of an attack — which can be quite costly— while they were actually okay with a few crazy values here and there, as long as the overall system didn’t lose control or crash.

“My conversations with that group lead to a new research project on bounded-time recovery, which is a completely new way to handle attacks on distributed systems. We called our first algorithm REBOUND: rather than trying to hide the symptoms of an attack at any cost, it simply detects faults and then very quickly – within a few milliseconds – reconfigures the system to exclude the faulty nodes. A system under attack can also drop less critical tasks to conserve resources, or move or replace existing tasks. In fact, REBOUND can continue protecting systems even when a majority of their nodes is compromised, while a lot of the previous solutions have to give up at that point.”

While Haeberlen continues to expand his privacy and distributed systems research into new areas, he remains intrigued by real-life problems and the interdisciplinary approaches that seem best equipped to solve them. As co-director of Penn’s Networked and Social Systems Engineering Program (NETS), he helps pilot undergraduates through a sea of interdisciplinary challenges.

“NETS was launched to explore the connections between technical networks and human social and economic networks —and here we are talking about how humans interact, create, and sustain their own support systems, markets, and governments. Because of this, our program doesn’t ‘just’ teach computer science, it also covers some material from economics and the social sciences, so that our graduates can understand these connections and can do a better job at building systems that contain both technical and social networks, like Facebook or Google, for instance.

He attributes part of his faculty offer to the compatibility of his research focus with the NETS program. In fact, registration for the course he offers through NETS went from 11 students back in 2010 to almost 200 students this year.

Haeberlen said, “NETS has really grown. There is now a research center associated with it, and over 70 students in the program. Plus, the people who work in this space get together frequently to talk about their research. Computer scientists, physicists, Wharton business leaders, and even criminologists are working together on holistic projects like preventing the next stock market crash. It is a very fast-moving and exciting area, and we’ve only been at it for 10-15 years.

“But it can also be quite challenging to work and talk across such diverse disciplines. Luckily for me, the Ph.D. program at Rice helped me develop clear communication skills. Tracy Volz got me thinking about communication on a meta level – about what works well, and what doesn’t. That made me look very differently at all the talks I attended at Rice. For instance, I learned a lot from going to the faculty job talks – many of us consider them ‘the talk of a lifetime’ because they drive the launch of your career in academia. People tend to work on them for months! So going to these talks taught me a lot about what to do in a talk or in a lecture, and also a few things to avoid.”

Peter Druschel, Haeberlen’s advisor at Rice, also cared deeply about developing the communication skills of his graduate students. Druschel was not satisfied with ‘just’ solid research and well-written papers; he also set up strict schedules for his students to practice delivering their presentations.

“When one of our papers got into a conference, Peter would sit down with us and do maybe seven or eight practice talks. Monday rolls around, I give my talk, Peter and the group critique it, and he schedules me to give it again on Wednesday —so I’d have time to incorporate the feedback,” he said with a laugh.

“But having my advisor take my presentation so seriously taught me to take my communication seriously. ‘Winging it’ would not be adequate, much less good enough to get people excited about my work. At Penn, I continued working with colleagues who were excellent communicators —like Benjamin Pierce, who is a fantastic, crystal-clear writer. Seeing how he writes and how he thinks about the reader helped me a lot, and I’ve adopted several of the techniques he is using.”

Serving as a faculty member on grant proposal committees and other panels also provided Haeberlen with insight into the wide range of communication styles in academia. To get a project funded, a good technical idea is not enough – the proposal also needs to convince the reader that the proposed problem is important, and it needs to inspire confidence that the researcher will be able to solve it. But many proposals do not do a good job at this, and they often end up being rejected. So clear communication is critical.

For Haeberlen, teaching is another way to improve his communication skills. “Because NETS is interdisciplinary, the students in our classes come from lots of different backgrounds – I’ve had philosophers, physicists, political scientists, economists, and pretty much any other discipline you can think of. Of course, you have to know the the technical material, but learning how to explain them to students from all these different backgrounds is one of the things that really helped me become a better communicator over the years,” said Haeberlen.

“I like to think I recognized the value of clear communications back when I was working with Tracy and Peter, but as my career progresses it has become even more important. So I do my best to pass the lessons I learned on to my own students. Last year we’ve even introduced a course that’s all about writing good research papers, and about presenting them well. I think this kind of class should be required for all Ph.D. students.”