Alvarez, Mikos elected to the Chinese Academy of Engineering 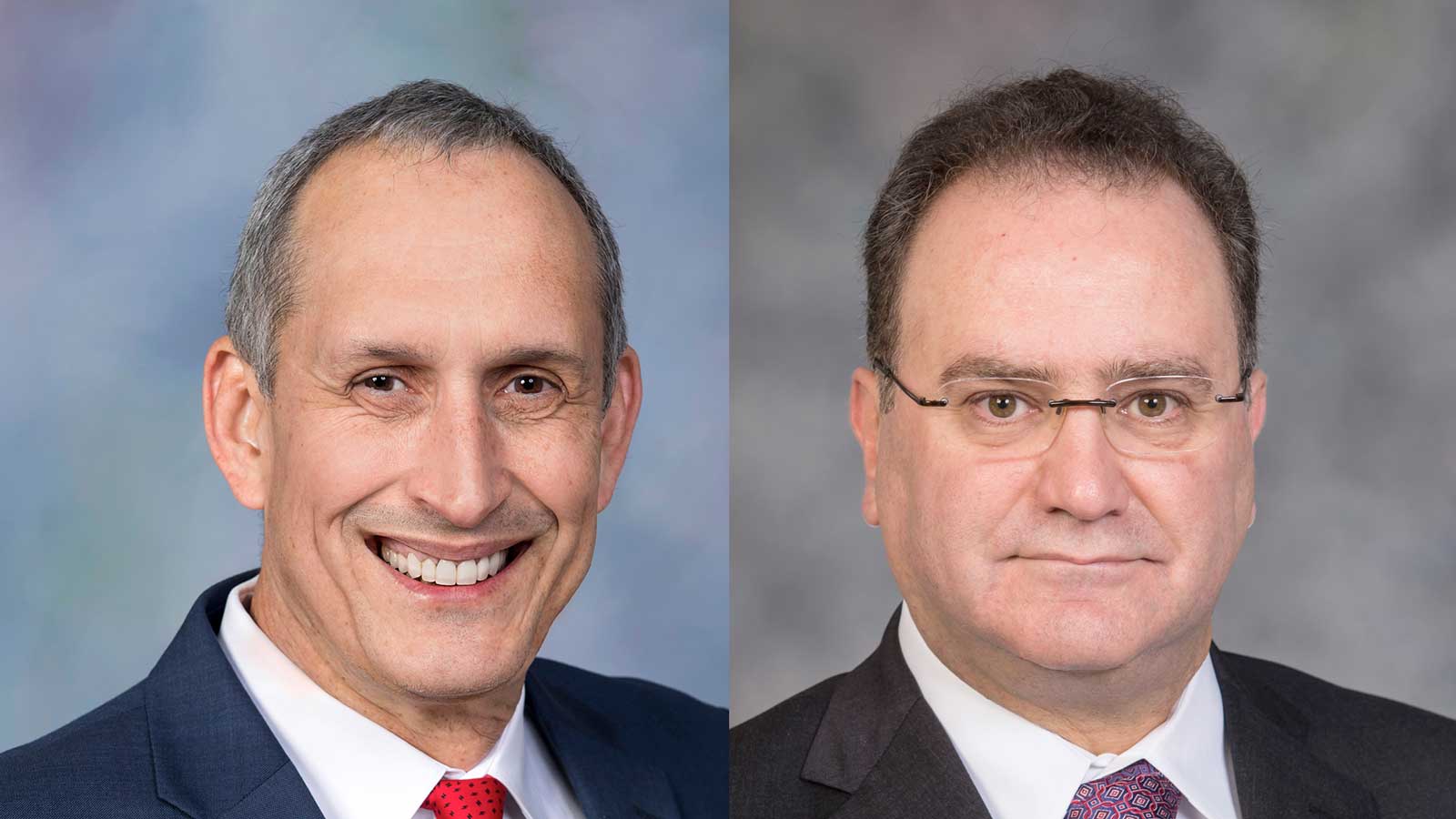 Pedro Alvarez and Antonios Mikos, senior researchers in the George R. Brown School of Engineering at Rice University, have been elected to the Chinese Academy of Engineering.

Alvarez, the George R. Brown Professor of Civil and Environmental Engineering, and Mikos, the Louis Calder Professor of Bioengineering and Chemical and Biomolecular Engineering, were recognized for “distinguished contributions” to their respective fields. Both are already members of the National Academy of Engineering in the U.S.

A native of Nicaragua, Alvarez received his Ph.D. in environmental engineering in 1992 from the University of Michigan. He joined the Rice faculty in 2004 and served as department chair from 2005 to 2015. He is director of the National Science Foundation-backed Engineering Research Center for Nanotechnology-Enabled Water Treatment (NEWT).

Alvarez has pioneered research in environmental nanotechnology, including the risks posed to microbial ecosystem services by released nanomaterials and nano-enabled disinfection and microbial control. According to Google Scholar, his publications have been cited 44,142 times and his h-index is 97.

Mikos, a native of Greece, earned his Ph.D. in chemical engineering from Purdue University in 1988. He was a postdoctoral researcher at the Massachusetts Institute of Technology and the Harvard Medical School before joining the Rice faculty in 1992. He is director of the Center for Engineering Complex Tissues, the Center for Excellence in Tissue Engineering and the J.W. Cox Laboratory for Biomedical Engineering at Rice.

Mikos’ research focuses on the synthesis, processing and evaluation of biomaterials for use as scaffolds in tissue engineering, carriers for controlled drug delivery, nonviral vectors for gene therapy and as platforms for disease modeling. His work has led to the development of orthopedic, dental, cardiovascular, neurologic and ophthalmologic biomaterials. According to Google Scholar, Mikos’ publications have been cited 87,267 times and his h-index is 151.

The Chinese Academy of Engineering has 920 members from China and 93 members from other countries. The date of the formal induction of Alvarez and Mikos into the Academy will be announced.